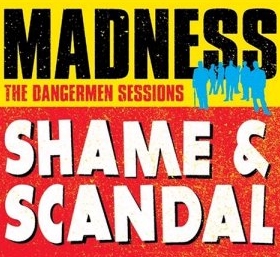 In 1965, British comedy actor reached No.37 in the UK charts with the original title.

This version of the song is that which British /pop band Madness later covered. The band began performing the song at a series of low-key performances as "The Dangermen" in . They later recorded the song for their cover album "",

The lyrical content of the Madness version is much the same as 's 60s version, with a few word changes. The story follows a young man in search of a wife. In each of the verses, the young man asks his father for permission to marry a different woman, only to be told he can't marry the girl as "The girl is your sister but your mamma don't know". However, the tables are turned during the last verse, where the young man's mother tells him that "Your daddy ain't your daddy, but your daddy don't know", clearing the path for him to marry any of the girls.

These are the formats and track listings of major single releases of "Shame & Scandal".