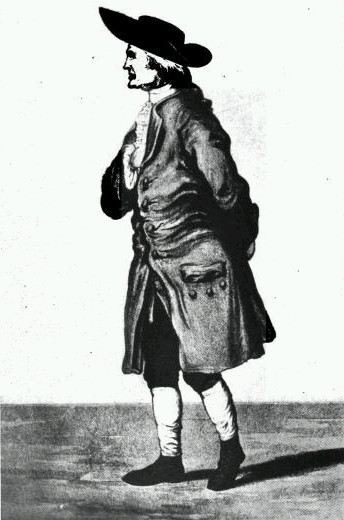 Henry Cavendish was born on 10 October 1731 in , France, where his family was living at the time. His mother was Lady Anne Grey, daughter of the Duke of Kent and his father was , son of the second . The family traces its lineage across eight centuries to Norman times and was closely connected to many aristocratic families of Great Britain.

At age 11, Henry Cavendish was a pupil at 's School in Hackney. At age 18 (in 1749) he entered the in St Peter's College, now known as , but left four years later without graduating. His first paper, "Factitious Airs", appeared thirteen years later, in 1766.

Cavendish was silent, and solitary, viewed as somewhat eccentric, and formed no close personal relationships outside his family. By one account, Cavendish had a back staircase added to his house in order to avoid encountering his housekeeper because he was especially shy of women. The contemporary accounts of his personality have led some modern commentators, such as , to speculate that he had , though he may have been merely painfully shy. His only social outlet was the Royal Society Club, whose members dined together before weekly meetings. Cavendish seldom missed these meetings, and was profoundly respected by his contemporaries. However his shyness made those who "sought his views... speak as if into vacancy. If their remarks were...worthy, they might receive a mumbled reply."

Because of his asocial and secretive behaviour, Cavendish often avoided publishing his work, and much of his findings were not even told to his fellow scientists. It wasn't until the late nineteenth century, long after his death, that looked through Cavendish's papers and found things for which others had been given credit. Examples of what was included in Cavendish's discoveries or anticipations were Richter's Law of Reciprocal Proportions, , Dalton's Law of Partial Pressures, principles of electrical conductivity (including Coulomb's Law), and Charles's Law of Gases.

Cavendish died in 1810 and was buried in the church that is now , along with many of his ancestors. The University of Cambridge's was endowed by several of Henry Cavendish's later relatives, especially (Chancellor of the University from 1861 to 1891).

Gases and the atmosphere

Cavendish is considered to be one of the so-called pneumatic chemists of the eighteenth and nineteenth centuries, along with, for example, , , and . By combining metals with strong acids, Cavendish made (H2) gas, which he isolated and studied. Although others, such as , had prepared hydrogen gas earlier, Cavendish is usually given the credit for recognizing its elemental nature.

Cavendish observed that hydrogen, which he called "inflammable air", reacts with oxygen, then known as "dephlogisticated air", to form water. and made a similar observation, resulting in a controversy as to who should receive credit for it.

Cavendish also accurately determined the composition of Earth's atmosphere. He found that 79.167% is "phlogisticated air", now known to be and , and 20.8333% is "dephlogisticated air", now known to be 20.95% . Cavendish also found that 1/120 of the Earth's atmosphere is a third gas, which was identified as about 100 years later by and Lord Rayleigh.

Density of the Earth

In addition to his achievements in chemistry, Henry Cavendish is also known for the , the first to measure the force of between masses in a laboratory and to produce an accurate value for the Earth's density. His work led others to accurate values for the gravitational constant ("G") and the Earth's mass.

The equipment Cavendish used was designed and built by geologist , who died before he could begin the experiment. The apparatus was sent in crates to Cavendish, who completed the experiment in 1797 &ndash; 1798,

The experimental apparatus consisted of a torsion balance to measure the gravitational attraction between two 350-pound lead spheres and a pair of 2-inch 1.61-pound lead spheres. Using this equipment, Cavendish found that the Earth's average density is 5.48 times greater than that of water. Poynting later noted that the data should have led to a value of 5.448 [Poynting, J. H. (1894), "The Mean Density of the Earth" London: Charles Griffin and Company, page 45.] , and indeed that is the average value of the twenty-nine determinations Cavendish included in his paper. [Cavendish, Henry, "Experiments to Determine the Density of the Earth", reprinted in "A Source Book in Geology", K. F. Mather and S. L. Mason, editors, New York: McGraw-Hill (1939), pages 103 &ndash; 107.]

Henry Cavendish performed his experiment in an outbuilding in the garden of his Clapham Commons estate. For years afterward, his neighbors would point out the building and tell their children that it was where the world was weighed.

* The concept of , which he called the "degree of electrification"
* An early unit of , that of a sphere one inch in diameter
* The formula for the capacitance of a plate
* The concept of the of a material
* The relationship between electric potential and current, now called . (1781)
* Laws for the division of current in parallel circuits, now attributed to
* Inverse square law of variation of electric force with distance, now called