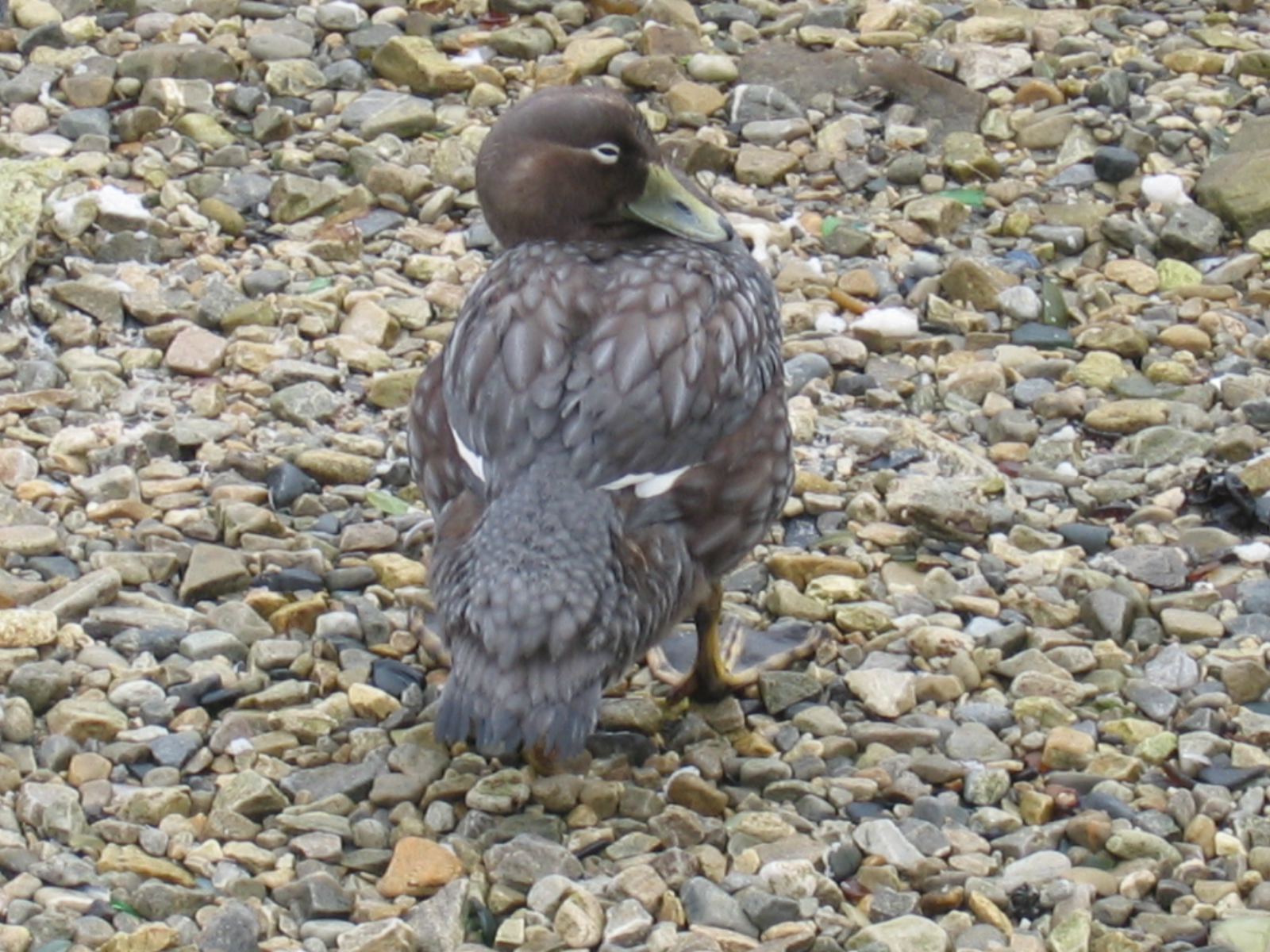 The Falkland Steamerduck, "Tachyeres brachypterus", is a native to the in the southern . It is one of only two to be endemic to the Falkland Islands ("Islas Malvinas" in Spanish), the other being .

The Falkland Steamerduck's s are very short (hence the scientific name: "brachy" = "short", and "pteron" = "wing"), and it is incapable of . The of the Falkland Steamerduck is mostly dark grey, but with a white stripe behind the . It is very difficult to distinguish from the in the field since they occupy the same habitat and, although the Flying Steamer Duck can fly, it rarely does.