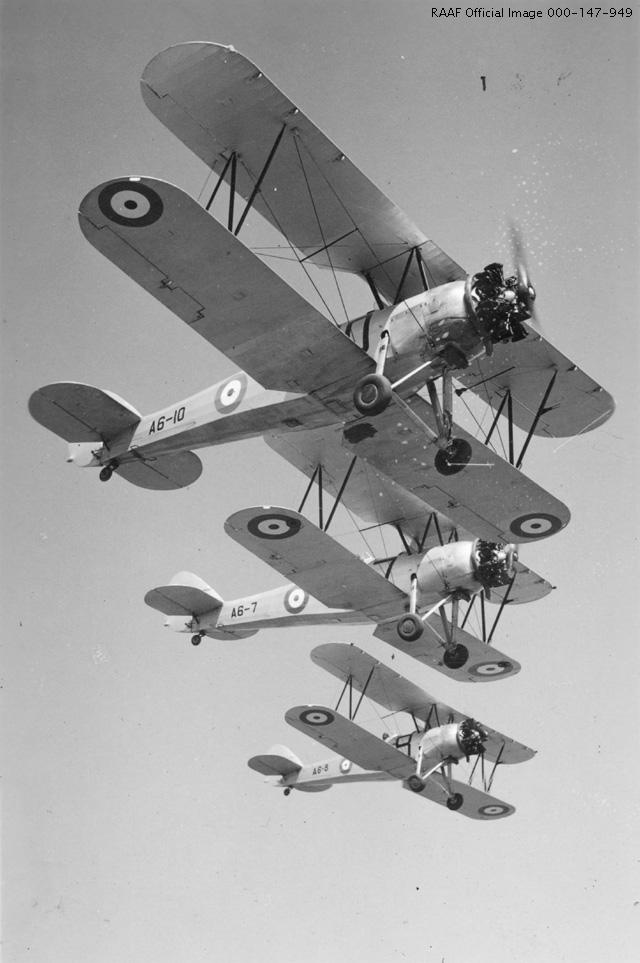 caption = RAAF Avro Cadets
designer =
first flight = October 1931
introduced = 1932
retired =
status =
primary user =
more users =
produced = 1932 - 1939
number built = 104
unit cost =
developed from =
variants with their own articles = Avro 638 Club Cadet The Avro Cadet was a single engined British trainer designed and built by in the 1930s as a smaller development of the for civil use.

The Avro 631 Cadet was developed in 1931 as a smaller, more economical, derivative of the military trainer, for flying club or personal use. The first prototype, "G-ABRS" flew in October 1931

The Avro 631 Cadet was replaced in production in September 1934

The Cadet, while smaller and more economical than the Tutor, was still more expensive to run than competing two seat light civil aircraft and was harder to hanger because of its lack of folding wings; so was mainly used as a trainer for flying schools or the military. By far the largest civil user was , which operated 17 Avro 631s at , together with a further four operated by its subsidiary, the Far East Aviation Co. Air Service Training also operated 23 Mk II Cadets, with both these and the earlier Cadets remaining in service with Reserve Training Schools run by Air Service Training until they were impressed as ATC instructional airframes in 1941.

The other major operator was the RAAF, which acquired 34 Mk II Cadets , delivered between November 1935 and February 1939. These remained in service until 1946, when the surviving 16 were sold for civil use. Two of these were re-engined in 1963 with 220 h.p. engines for use as crop sprayers. In the U.K. only two Cadets survived the war.

As of 2008, there are two Cadets flying in Australia ("VH-AEG" and "'AGH"), one in Ireland (the last of the Irish Air Corps machines, though home after a long tour of duty via the U.K. and New Zealand as "ZK-AVR") and one reputed airworthy in the Museu do Ar, Portugal.