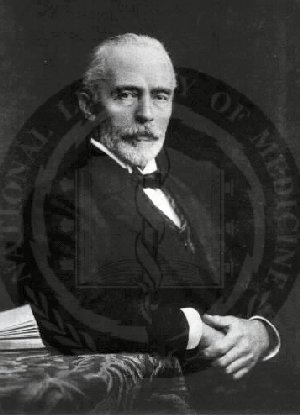 Emil Theodor Kocher (, &ndash; , ) was a Swiss physician, medical researcher, and Nobel laureate for his work in the physiology, pathology and surgery of the .

Kocher was born in , . He studied in , , and , and obtained his doctorate in Berne in 1865. In 1872, he succeeded as Ordinary Professor of Surgery and Director of the University Surgical Clinic at the "" in Berne. He published works on a number of subjects other than the thyroid gland including , antiseptic treatments, surgical infectious diseases, on gunshot wounds, acute , the theory of strangulated , and abdominal surgery. His new ideas on the thyroid gland were initially controversial but his successful treatment of with a steadily decreasing mortality rate soon won him recognition. The prize money, from the Nobel prize he received, helped him to establish the Kocher Institute in Berne.

A number of instruments and surgical techniques (for example, the ) are named after him, as well as the .