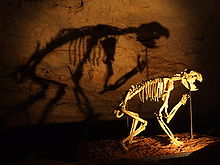 Naracoorte Caves is a national park near Naracoorte in the Limestone Coast tourism region in the south-east of South Australia (Australia). It was officially recognised in 1994 for its extensive fossil record when the site was inscribed on the World Heritage List, along with Riversleigh. The park preserves 6 km² of remnant vegetation, with 26 caves contained within the 3.05 km² World Heritage Area.

The park is a visitor destination in itself, with a camping ground and caravan park, dormitory accommodation for groups, picnic grounds and a licenced cafe. The range of visitor activities is extensive. Show cave tours are guided by professional interpreters through highly decorated caves with some tours visiting amazing fossil deposits. Modern technology has been utilised to show visitors the normally inaccessible interior of Bat Cave, where thousands of bats breed each year. Other opportunities include adventure caving, a selection of specialty tours and special events.

The limestone of the area was formed from coral and marine creatures 200 million years ago and again 20 million years ago when the land was below sea level. Ground water since then has dissolved and eroded some of the limestone, creating the caves. The caves, such as the Victoria Fossil Cave and Blanche Cave, are often not far below ground, and holes open up creating traps for the unwary. This is the source of the remarkable collection of fossils. Mammals and other land creatures have fallen into open caves and been unable to escape. The fossil record has been preserved in strata formed from eroded topsoil washed and blown in. In some places, the fossil-bearing silt is up to 20 metres thick. Some of these areas are being preserved for future research when better methods of dating and reconstructing fossil records may have been found. These fossil traps are especially significant for tracing Australian megafauna. 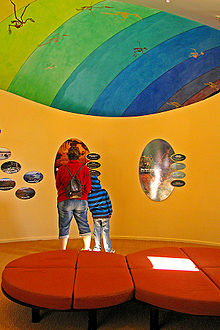