An annual publication, more often called simply an annual, is a book or a magazine, comic book or comic strip published yearly. For example, a weekly or monthly publication may produce an Annual featuring similar materials to the regular publication. A new form of literary work called the "Annual" was a fad from about 1823 through 1857, and became so popular, that they were soon published up to 17 times a year. British royalty increased their popularity. They closely resemble many college literary "books" just produced for college campus today, except they contained lots of etchings of beautiful women from steel plates. They were the fashion magazines of the day. Later it became fashionable to watercolor the etchings, and the "Annuals" became early coloring books. There was later a backlash against "beauty", and the fad ended, as did steel plate etchings for books.

In the case of comic books, an annual is considered a separate series for purposes of numbering and collectibility; a particular periodical's Annual will thus have its own numbering series, or alternately be referred to by the year of its publication (such as The Amazing Spider-Man '99 Annual). A comic book annual customarily has a larger page count than its monthly counterpart, leaving room for longer single stories, multiple stories in a single annual, and/or "extra" material that the monthly series lacks the space to publish. These "extras" may include biographical information on featured characters, full-page pin-ups of characters, reprints of previously published material, or all-new short stories (often called "back-up" stories). An annual as a whole was once considered an "extra" in itself, providing story material in addition to the customary twelve issues per year of a monthly series.

Comic book annuals originally were little more than reprint albums, representing stories that had first seen publication in its monthly counterpart, but eventually this changed to annuals featuring primarily all-new material. Later annuals often featured stories with greater import to the characters featured than in the monthly publication, reflecting the "special" status of their once-yearly publication. Annuals also on occasion featured the finale of a multi-issue storyline running in the monthly series; conversely, many annuals would showcase stand-alone stories that did not fit in with the then-current thrust of the monthly series' storyline.

In the late 1980s and much of the 1990s, annuals published by Marvel Comics and DC Comics were usually released in the summer of the year, and often had a unifying theme, either a similar theme that individual stories were written around, or a crossover storyline bringing many of the characters in the individual publishers' continuities together for a single overall event. The ’best-known of the "similar theme, individual stories" annuals may be DC Comics' 1994 Elseworlds annuals, in which stories of alternate reality versions of DC characters appeared. In the case of the "crossover" annuals, the number of characters and annuals involved in a crossover story varied; some were company-wide, incorporating virtually every character in the publisher's shared universe whose series received an annual edition, but many used smaller groups of characters, often those whose series had some sort of in-story connection (such as series featuring members of teams or "extended families" of characters, such as Marvel's X-Men or Avengers, or DC's Justice League or Teen Titans).

Annuals published by DC and particularly Marvel became fewer and far between in the late 1990s, mainly due to the near-collapse of the comic book industry in the wake of the speculator boom; annuals were seen as an unnecessary risk in a climate where many monthly publications were in danger of cancellation for lack of sales (especially at Marvel, which filed for bankruptcy during this time). When the industry began to recover from the "bust", annuals began re-appearing on occasion, but by no means as regularly as before the "bust", when numbered series of annuals had reached the teens or twenties, indicating over a decade of regular publication.

Currently, the comic book annual is still something of a rarity, its purpose in presenting "extra" material often served by Special editions that are released at random intervals (usually to fill a gap in a publisher's production schedule) rather than the set yearly schedule of an annual. In addition, Marvel Comics in particular has adopted a publishing schedule in which thirteen or fourteen issues of an ongoing series will be published within a year, rather than one issue for every month of the year; the material provided in the additional issues per year in effect replaces the material that would see print in an annual. 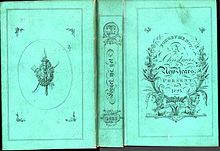 In the UK, a large number of annuals are published shortly before the end of each year by companies such as D.C. Thomson, Egmont (formerly IPC/Fleetway), and Rebellion, aimed at the Christmas market. These annuals are generally large-sized hardcover books with over 100 pages and a high colour content. They are normally cover-dated with the following year's date, to ensure that stockists do not remove them from their shelves immediately after the new year.

One of the earliest annuals was issued in 1822. Frederic Shoberl was the founding editor of Ackermann's ‘'The Forget-me-not'’ which was an early Annual, a new type of publication in England.[1] Shoberl continued to edit the annual until 1834. A junior annual The juvenile Forget-me-not was published from 1828.

For many years until the near-collapse of the British children's comics market, an annual would be published each year for each of the comic titles published by Thomson and IPC/Fleetway, featuring extra adventures of the comic's current and former characters plus additional material in the form of puzzles, text articles, etc. Annuals were often even published for comics which had themselves ceased publication or been absorbed into other titles, for example Scorcher annuals were still being published ten years after the comic itself had been absorbed into Tiger. Today, this section of the market has been reduced to just a couple of surviving titles.

In addition, annuals are often published centred on sports, toys, currently-popular celebrities, recently-released films, and popular TV series. British annuals are also published featuring American characters such as Spider-Man, often with simplified content aimed at younger readers. As tastes in these areas change, so does the line-up of annuals released each year. The increasing emphasis in recent years on annuals of this type (as opposed to the "classic" line-up of annuals based on comics) means that sales remain strong, and in fact doubled between 1998 and 2005[2] Some annuals have become extremely collectible, especially The Beano, The Dandy, Rupert and The Eagle. 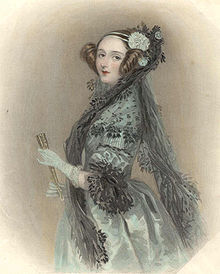 "The Annual" was a long running fad from 1824 until 1857 which started in England, but spilled over into the USA. Steel plates of the 1820s allowed book publishers to mass produce pictures. What started out as an "annual book" or a gift for the holidays, turned into something that had up to 17 editions through the year (yet were still called Annuals). Countess Blessington and other royal women contributed to the works, and altered fashion. This fad was sometimes referred to as "beauty", as books with plates of women defined the content. In one book, the steel plate was damaged and another picture of a woman was simply used as a replacement. The illustrations had often nothing to do with the text content. The content of the text was often of poor quality, and "The American Book of Beauty" contained a story of prison torture with an illustration of a pretty woman with a lapdog. The "American Book of Beauty", also has several copies of the books, with portraits in different orders. One edition of the "The Heath's Book of Beauty" was a college project, and contained poems, short stories, etc. 1826 was not a good year for the annuals, because of the Panic of 1825. In the 1830s you see a sarcastic poem about the Annuals by Thomas Hood (The Battle of the Annuals). Watercolor became popular in the 1830s, and the black and white etchings were the coloring books of the day. In 1842, Volume 1, page 521 of the Illustrated London News there are sarcastic pictures poking fun at the annuals. In 1844 there was an article referring to it as imbicilic mania, and finally the Obituary for the Annual, appeared in the Art Journal of 1857. The death of the annuals and new photo techniques replacing etching ended most engraver's careers. [3] [4] [5][6] [7]