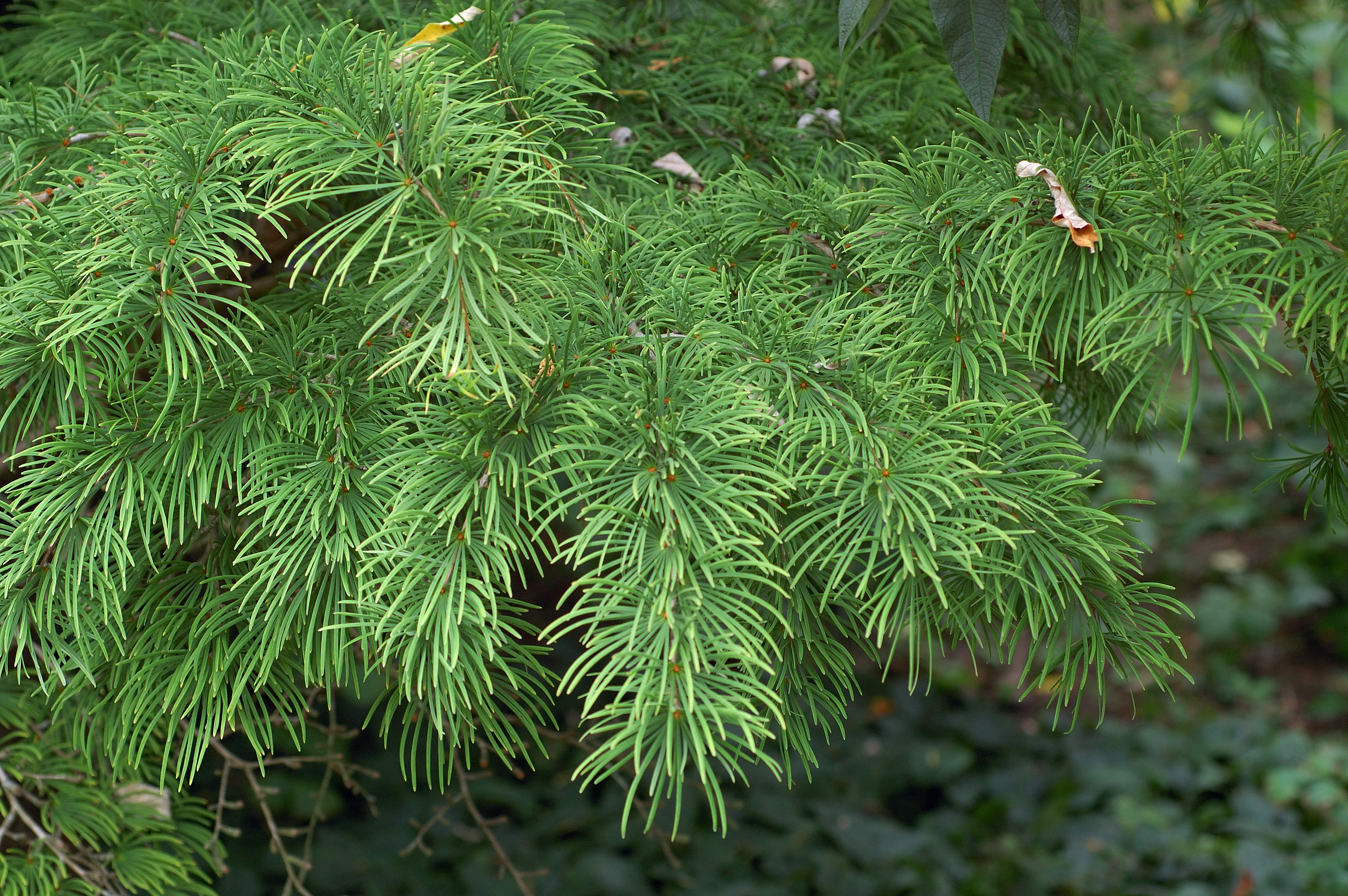 "Pseudolarix" is a monotypic genus in the family . The sole species, "Pseudolarix amabilis" is commonly known as Golden Larch, though it is not a true ("Larix"), being more closely related to "", "Abies" and "Cedrus". It is native to eastern , occurring in small areas in the mountains of southern , , , , , and eastern , at altitudes of 100-1500 m. Golden Larch is sometimes known under an old scientific name "Pseudolarix kaempferi", but this may cause confusion with "Larix kaempferi", the .

It is a reaching 30-40 m tall, with a broad conic crown. The shoots are dimorphic, with long shoots and short shoots similar to a larch, though the short shoots are not so markedly short, lengthening about 5 mm annually. The leaves are bright green, 3-6 cm long and 2-3 mm broad, with two glaucous stomatal bands on the underside; they turn a brilliant golden yellow before falling in the autumn, whence the common name. The leaves are arranged spirally, widely spaced on long shoots, and in a dense whorl on the short shoots.

The cones are distinctive, superficially resembling a small , 4-7 cm long and 4-6 cm broad, with pointed triangular scales; they mature about 7 months after pollination, when (like fir and cedar cones) they disintegrate to release the winged s. The male cones, as in "Keteleeria", are produced in umbels of several together in one bud.

Golden Larch is a very attractive ornamental tree for parks and large gardens. Unlike the larches, it is very tolerant of summer heat and humidity, growing very successfully in the southeastern where most larches and firs do not succeed. In growth is most successful in the region with notable specimens in northern ; further north in Britain it will grow, but only very slowly due to the cooler summers there.

Golden Larch is one of the 50 fundamental herbs used in , where it is called "jīn qián sōng" ().

* Database entry includes justification for why this species is listed as data deficient
* [http://www.pinetum.org/cones/PIcones.htm Arboretum de Villardebelle - photos of cones]
* [http://www.conifers.org/pi/pl/amabilis.htm Gymnosperm Database]
* [http://www.efloras.org/florataxon.aspx?flora_id=2&taxon_id=210001826 "Pseudolarix" in the "Flora of China"]