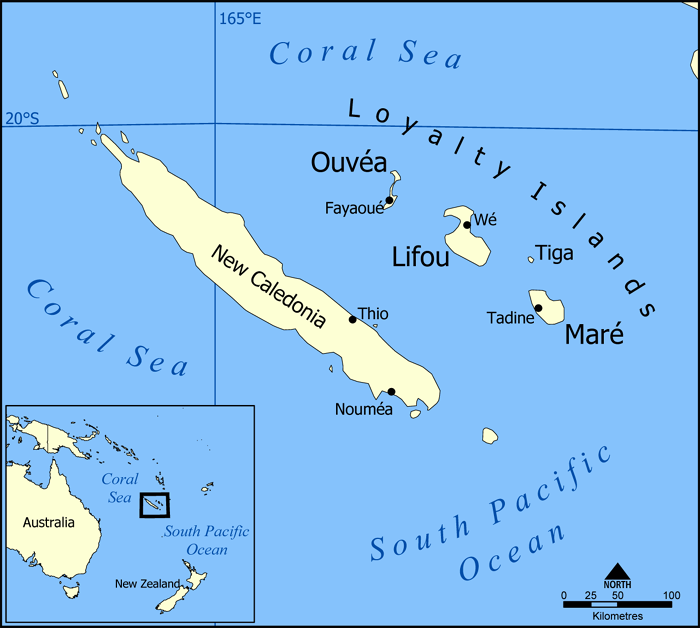 The Loyalty Islands ( _fr. Îles Loyauté) are an in the . They are part of the French territory of , whose mainland is 100 km (60 miles) distant. They form the Loyalty Islands Province ("province des îles Loyauté"), one of the three provinces of New Caledonia. The first Western contact on record is attributed to the British Captain William Raven from the London trading ship 'Britannia', who in 1793 was on his way from Norfolk Island to Batavia. It is very likely however that the discovery and naming of the islands goes back to the London ship 'Loyalty' (also 'Loyalist', Jethro Daggett Master), being on a South Sea trading voyage from 1789 till 1790.

The chief export of the Loyalty Islands is .

The islands are part of the ecoregion.

Of 14 seats in the province's congress, the nationalist holds 4, the anti-independence holds 2, the , "Socialist Kanak Liberation", , and the each have two.