This Is Radio Clash

This Is Radio Clash 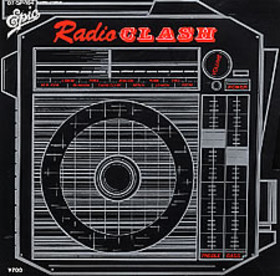 "This Is Radio Clash", like their previous single "The Magnificent Seven", is a dub reggae, , punk-funk song that was influenced by acts from New York City, like and Grandmaster Flash & The Furious Five. [cite web |url=http://www.monthlyreview.org/0603ambrosio.htm |title=Monthly Review June 2003 Antonino D’Ambrosio |accessdate=2007-11-24 |last=D’Ambrosio |first=Antonino D’Ambrosio |year=2003 |month=06 |work=‘Let Fury Have the Hour’: The Passionate Politics of Joe Strummer |publisher=Montly Review |quote=Strummer and Jones quickly recognized the power of rap music that was just emerging from New York City’s underground in the late seventies. “When we came to the U.S., Mick stumbled upon a music shop in Brooklyn that carried the music of Grand Master Flash and the Furious Five, the Sugar Hill Gang...these groups were radically changing music and they changed everything for us.” ]

The first public performance of the song was on 's "Tomorrow" show in 1981.