This article is concerned with cultural resources in the widest sense: for traditional, archaeological and historic culture specifically see Cultural Heritage Management

In the broadest sense, Cultural Resources Management (CRM) is the vocation and practice of managing cultural resources, such as the arts and heritage. It incorporates Cultural Heritage Management which is concerned with traditional and historic culture. It also delves into the material culture of archaeology. Cultural resources management encompasses current culture, including progressive and innovative culture, such as urban culture, rather than simply preserving and presenting traditional forms of culture.

However, the broad usage of the term is relatively recent and as a result it is most often used as synonymous with heritage management. In the United States, cultural resources management is not usually divorced from the heritage context. The term is, "used mostly by archaeologists and much more occasionally by architectural historians and historical architects, to refer to managing historic places of archaeological, architectural, and historical interests and considering such places in compliance with environmental and historic preservation laws." [1]

Cultural resources include both physical assets such as archaeology, architecture, paintings and sculptures and also intangible culture such as folklore and interpretative arts, such as storytelling and drama.[2] Cultural resource managers are typically in charge of museums, galleries, theatres etc., especially those that emphasize culture specific to the local region or ethnic group. Cultural tourism is a significant sector of the tourism industry.

At a national and international level, cultural resource management may be concerned with larger themes, such as languages in danger of extinction, public education, the ethos or operation of multiculturalism, and promoting access to cultural resources. The Masterpieces of the Oral and Intangible Heritage of Humanity is an attempt by the United Nations to identify exemplars of intangible culture.

Cultural resource management can trace its beginning to the environment/conservational movement in the 1960s and 1970s.[3] During this time, there was growth in legislation concerning the protection of cultural resources. The Archaeological and Historic Preservation Act of 1974, commonly known as the Moss-Bennett Act, helped to fuel the creation of CRM, while creating “growth in archaeological jobs in the federal government, academia, and private sector.” [4] Federal legislation had passed earlier in 1906 under the Antiquities Act, but it was not until the 1970s when the term “cultural resources” was coined by the National Park Services. This term came into more popular usage after two meetings in 1974: the Cultural Resource Management conference and the Airlie House conference.[5] Following these conferences, the National Park Service (NPS) defined cultural resources in the Cultural Resource Management Guidelines as being:

“Those tangible and intangible aspects of cultural systems, both living and dead, that are valued by or representative of a given culture or that contain information about a culture…[They] include but are not limited to sites, structures, districts, objects, and historic documents associated with or representative of peoples, cultures, and human activities and events, either in the present or in the past. Cultural resources also can include primary written and verbal data for interpretation and understanding of those tangible resources.” [6]

Cultural resources management in the heritage context is mainly concerned with the investigation of sites with archaeological potential, the preservation and interpretation of historic sites and artifacts, and the culture of indigenous people. The subject developed from initiatives in rescue archaeology, sensitivities to the treatment of indigenous people, and subsequent legislation to protect cultural heritage.

A significant proportion of the archaeological investigation in countries that have heritage management legislation including the USA and UK is conducted on sites under threat of development. In the US, such investigations are now done by private companies on a consulting basis,[8] and a national organization exists to support the practice of CRM.[9] Museums, besides being popular tourist attractions, often play roles in conservation of, and research on, threatened sites, including as repositories for collections from sites slated for destruction.

One common task in Cultural Resource Management is to determine whether specific properties are eligible for listing as a National Heritage Site on the National Register of Historic Places. Reasons for listing are often to enhance public awareness or for conservation.

In the US, in order to classify and protect something on the National Register as a cultural resource, there are many laws and regulators to look to:[10] 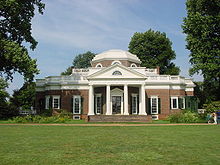 After these four criteria have been established, one must then look at the integrity of the property. There needs to be, “integrity of location, design, setting, materials, workmanship, feeling, and association.” [11] In laymen’s terms, it needs to be decided whether the cultural resource is in good enough condition to be protected on the National Register.

When properties are not eligible by themselves, they may be eligible collectively as a historic district. The National Register criteria assume great importance in the US because any location deemed to meet one or more of these criteria is usually treated more carefully than a location that is not deemed to meet any of these locations.

Cultural resource management features people from a wide array of disciplines. The general education of most involved in CRM includes, but is not limited to, sociology, archaeology, architectural history, cultural anthropology, and other fields in the social sciences.

In the field of cultural resource management there are many career choices. One could obtain a career with an action agency that works directly with the NEPA or even more specifically, Native American resources.[12] There are also careers that can be found in review agencies like the Advisory Council on Historic Preservation(ACHP), or the State Historic Preservation Office(SHPO) Beyond these choices, one could also obtain a career as part of the local government and work with planning agencies, housing agencies, social service agencies, local museums, libraries, or educational institutions. Jobs at private cultural resource management companies can range from field technicians (see shovelbum) to principal investigators, project archaeologists, historic preservationists, and laboratory work. One could also become a part of an advocacy organization, such as the National Trust for Historic Preservation.[13]

It is commonly debated in cultural resource management how to determine whether cultural or archaeological sites should be considered significant or not. The criteria that is stated by the National Register of Historic Places is said to be able to be, “interpreted in different ways so that the significance… may be subjectively argued for many cultural resources.” [14] Another issue that arises among scholars is that, “protection does not necessarily mean preservation.” [15] Any public projects occurring near the cultural resource can have adverse effects. Development plans for a proposed project may not be able to be changed to limit impact and to avoid damage to the resource.[16]

The vocation of management in cultural and creative sectors is the subject of research and improvement initiatives, by organizations such as Arts and Business which take a partnership approach to involving professional business people in running and mentoring arts organizations. Some universities[17][18] now offer vocational degrees.

Understanding the traditional cultures of all peoples (Indigenous or not) is essential in mitigating the adverse impact of development and ensuring that intervention by more developed nations is not prejudicial to the interests of local people or results in the extinction of cultural resources.

Cultural resources policies have developed over time with the recognition of the economic and social importance of heritage and other cultural assets.[19]

The exploitation of cultural resources can be controversial, particularly where the finite cultural heritage resources of developing countries are exported to satisfy the demand for antiquities market in the developed world. The exploitation of the potential intellectual property of traditional remedies in identifying candidates for new drugs has also been controversial. On the other hand, traditional crafts can be important elements of income from tourism, performance of traditional dances, and music that is popular with tourists and traditional designs can be exploited in the fashion industry. Popular culture can also be an important economic asset.