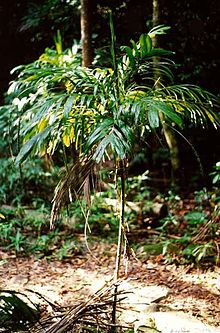 Cottan-Bimbang is a national park in New South Wales, Australia, 443 km[1] north of Sydney and 65 km south east of Walcha and was formerly a state forest. The Oxley Highway crosses the park south of Werrikimbe National Park. Myrtle Scrub Road is a 15 kilometre circuit in the west of the park that connects with the Oxley Highway.

Blackberries (Rubus) are creating a serious weed problem in the park.

There is a barbecue area, picnic area and public toilets at Stockyard Creek on the Oxley Highway[2] and a cleared area for picnics next to Cells River on Myrtle Scrub Road. There is a cleared area for camping at Maxwells Flat on the Causeway Road, and a long drop toilet.