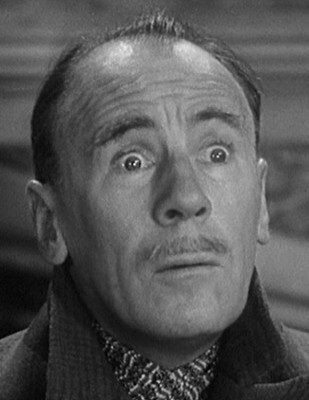 Born in , , Young was educated at , and the before being accepted into . He made his first stage appearance in London's West End in "Find the Woman" in 1908, and in 1912 he made his Broadway debut in "Hindle Wakes". He appeared in two comedies written for him by , "Good Gracious Annabelle!" (1916), "A Successful Calamity" (1917) before he served with the during . He returned to New York when the war ended, and married Kummer's daughter, Frances. For the next few years he alternated between New York and London. He made his film debut in the 1922 "Sherlock Holmes", in which he played Watson opposite as Holmes.

He signed a contract with and made his talkie debut in "" (1929), directed by . He was loaned to to appear in "Her Private Life", with and , winning critical approval for his comedic performance as 's husband in "Don't Bet on a Woman". He was again paired with MacDonald in the film version of "Good Gracious Annabelle!", titled "Annabelle's Affairs". He appeared in 's "The Squaw Man", and played opposite and in "" (both 1931). He appeared with in Columbia's "The Pagan Lady" (1932) and in 's "A Woman Commands" (1932). His final film under his MGM contract was "Lovers Courageous" (1932), opposite Robert Montgomery.

uccess as a free-lance performer

Young began to work as a free-lance performer and found himself in constant demand. He appeared with Jeanette MacDonald, and in "One Hour With You" (1932) and with in "Street of Women" (1932). invited him to return to to make his British film debut in "Wedding Rehearsal" (1932). He returned to Hollywood and appeared in a diverse group of films that included comedies, murder mysteries and dramas, and also worked on Broadway. Among his films of this period, were "" (1935), and as Uriah Heep in "David Copperfield" (1935).

He achieved one of the most important successes of his career, as the businessman Cosmo Topper, haunted by the ghosts of his clients played by and . The film was one of the most successful films of the year, and for his comedic performance, Young received an nomination. His wife was played by who wrote in her memoir that Young "was dry and always fun to work with". They also appeared together in "" (1938), and the first of the "Topper" sequels, "" (1939). He continued to play supporting roles in comedies such as "Yes, My Darling Daughter", with and , but over the next few years the importance of his roles again decreased, but he achieved another success as 's uncle in "" (1940). His last starring role was in the final installment of the "Topper" series, "Topper Returns" in 1944, with Billie Burke and .

He continued working steadily through the 1940s, playing small roles opposite some of Hollywood's leading actresses, such as , , and in her final film, "" (1942). In 1945, he began his own radio show and appeared in the film adaption of 's "And Then There Were None". By the end of the decade his film career had declined, and his final films, including "The Great Lover" (1949), in which he played a murderer opposite , and 's "Let's Dance" (1950), were not successful.

Young was married twice, to Marjorie Krummer from 1921 until 1940, and to Patience DuCroz from 1948 until his death in .