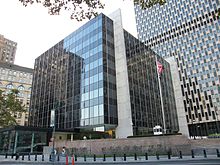 The Court possesses limited subject matter jurisdiction, meaning that it may hear only cases involving particular international trade and customs law questions. For example, the Court hears disputes such as those involving protests filed with U.S. Customs and Border Protection, decisions regarding Trade Adjustment Assistance by the United States Department of Labor or United States Department of Agriculture, customs broker licensing, and disputes relating to determinations made by the United States International Trade Commission and the Department of Commerce's International Trade Administration regarding antidumping and countervailing duties.

There is one notable exception to the Court's jurisdiction. In cases involving antidumping and countervailing duties imposed on Canadian or Mexican merchandise, an interested party can request that the case be heard before a special ad hoc binational panel organized under Chapter 19 of the 1988 Canadian-U.S. Free Trade Agreement.

Most cases are heard by a single judge. If a case challenges the constitutionality of a U.S. law or has important implications regarding the administration or interpretation of the customs laws, then it may be heard by a three-judge panel. Many Judges of the Court of International Trade also regularly sit by designation on three-judge panels of the United States Court of Appeals for the Second Circuit.

The James L. Watson Court of International Trade Building, located on Foley Square in lower Manhattan in New York City, houses the court. It is also known as 1 Federal Plaza and is adjacent to the Jacob K. Javits Federal Building.

The building is named for James L. Watson, a judge of the United States Customs Court. The legislation naming the building for Watson was authored by U.S. Representative Charles Rangel of New York.[1]

Judges and Senior Judges (current as of June 2011)

There will be another vacancy on the court when Evan Wallach takes his commission to be a Circuit Judge for the United States Court of Appeals for the Federal Circuit, to which position he was confirmed by the Senate on November 8, 2011.