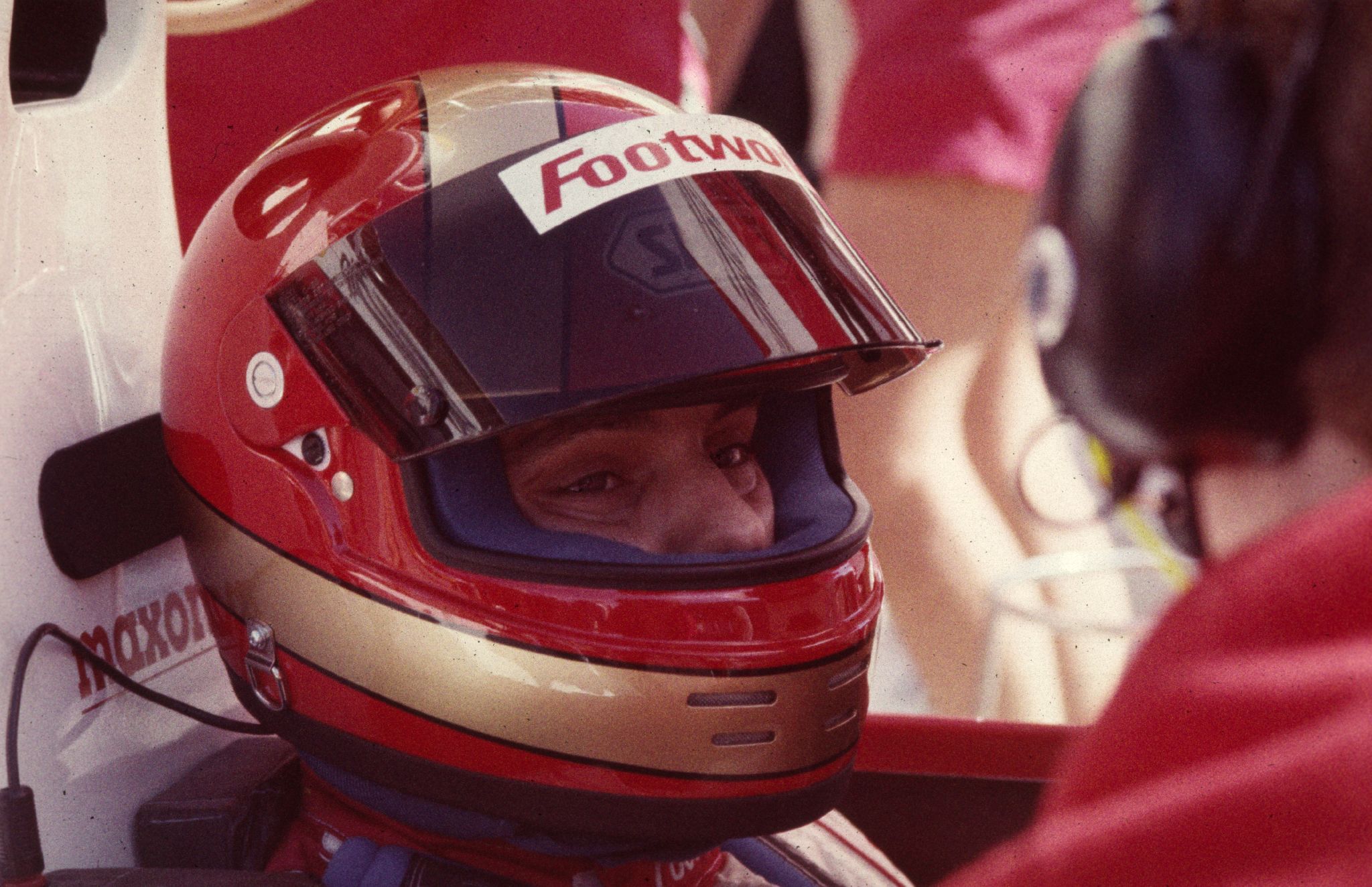 Alessandro "Alex" Caffi (born ) is a former driver from . He participated in 75 Grands Prix, debuting on , . In 2006 he raced in the inaugural season of the formula for retired Formula One drivers.

The small Italian team were impressed by his sensible approach, and signed him for a full season for 1987. The Alfa Romeo powered car was uncompetitive and unreliable, Caffi never finishing once, though he was classified 12th at the San Marino Grand Prix. Nevertheless, the quiet Italian drew good notices for his attitude and skill in such a poor car (notably qualifying 16th for the Monaco Grand Prix).

For 1988, he switched to the new team who were running a chassis, again drawing good notices and peaking with 7th place at the Portuguese Grand Prix. 1989 saw the team expand to two cars, with taking the other, and a switch to tyres. Caffi impressed, finishing 4th at the Monaco Grand Prix, and running 2nd at the United States Grand Prix before de Cesaris knocked him off. The second half of the season was less impressive as Pirelli struggled to find consistent race tyres, but was distinguished by Caffi starting 3rd at the Hungarian Grand Prix (though the aforementioned race tyres saw him finish 7th).

Caffi was noted as a promising talent, and was tempted to for 1990. The team had been bought by the Japanese Footwork Corporation, and were planning a major championship assault in 1991 with a new Porsche V12 and , while 1990 was to be an interim year. Caffi injured himself in a pre-season cycling accident, missing the first race of the season, retiring from the second with exhaustion and failing to qualify for the third. His best finish of the year was 5th place at the attrition-filled Monaco Grand Prix, but Caffi generally gave solid, if unspectacular, displays elsewhereFact|date=February 2008.

1991 was to be an unmitigated disaster, sadly. The Porsche V12 was grossly overweight and seriously underpowered, and Caffi failed to qualify for the first four races. He then broke his jaw in a road car accident following the Monaco Grand Prix, ironically after he had escaped injury in a serious crash during the race weekend. Footwork then drafted in to cover, and when Caffi returned to fitness, he found the team were trying to keep the Swede on. He managed to get back into his seat via a legal injunction, but then failed to qualify for the next six races. He finally got through to the Japanese Grand Prix, finishing 10th, but had already been announced as a replacement for 1992. He again got through for the Australian Grand Prix, but had no drive for the following season.

He had no option but to sign for the new team. However, registration problems with the FIA meant he managed no more than a few practice laps at the South African Grand Prix, and the team arrived late for the Mexican Grand Prix and were not allowed to run. After this, Caffi was replaced by , and his time in Formula One was over.

After a brief career in Spanish and Italian , Caffi found his niche in sportscars, racing in GTs, FIA Sportscar, and ALMS.