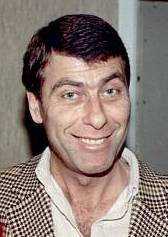 John Levene, (born , ) is an English actor. His most famous role was that of of UNIT on the television series "".

He was working in a men's clothing store on Regents Street in London when encouraged him to sign up as an actor for "". He failed to get a part, as he was not a union member, but this got him interested in acting. On joining Equity, he adopted the professional name John Levene to avoid confusion with another John Woods who was already registered with the union.

He made an uncredited appearance as a in the 1967 Doctor Who serial "" and as a Yeti in "" before making his first appearance as then-Corporal Benton in the "Doctor Who" serial "The Invasion" in 1968. "" was, incidentally, the serial that introduced Benton's commanding officer . Lethbridge-Stewart and UNIT were featured heavily in early 1970s "Doctor Who", and the promoted Sergeant Benton also became a regular.

In 1977, following his final appearance on "Doctor Who", Levene gave up acting as a career to set up his own audio visual company, Genesis Communications, and has directed well over 45 audio visuals and live events for various clients including the , , , and .

He briefly returned to the role of Benton in the 1988 video production "Wartime".

He has also worked as an entertainer on cruise liners and has now emigrated to the USA where he has returned to acting under the name John Anthony Blake. Blake is his mother's maiden name, and he had a much better relationship with her than with his father [Lyons, Steve and Chris Howarth, "The Good Soldier" "", #230, 27 September 1995, Marvel Comics UK Ltd., p. 44 (interview with Levene).] .

He is married and is the father of two from his previous marriage. His latest acting work was on an independent movie called "Cannibalistic". He has also acted on an episode of "", industrial videos, and has done some voice-over work for Disney and The Queen Mary Hotel, among others.