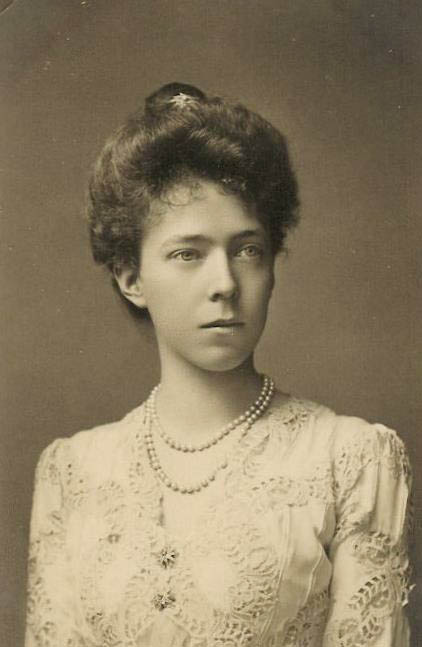 Elisabeth in Bavaria (born "Elisabeth Gabriele Valérie Marie, Duchess in Bavaria") (, – , ), was the of and was the mother of .

Born in , her father was , an of recognized reputation. She was named in honor of her father's sister, Empress Elisabeth of Austria, better known as Sissi. Her mother was , daughter of exiled .
Through her mother's sisters, Elisabeth was related to many royal families :
*her aunt, Maria Ana of Portugal, was married to
*her aunt, Maria Teresa of Portugal, was the third wife of Archduke Charles Louis of Austria and stepgrandmother of ,
*her aunt, , was the second wife of and mother of , wife of Charles I of Austria.

An artist himself, Duke Karl-Theodor cultivated the artistic tastes of his family and Elisabeth was raised with a deep love for painting, music and sculpture. At her father's clinic, Elisabeth learned to cope with human suffering.

At the time that Albert and Elisabeth met, Prince Albert was the heir to his uncle . Albert was the second son of and , a sister of King .
At birth, Albert occupied the third place in the line of succession behind his father and elder brother, Prince Baudouin. The unexpected death of Baudouin in January 1891 immediately raised Albert to prominence within his country. A studious, quiet man, Albert was not the choice of heir that King would have relished. As the only male member of his generation, Albert was guaranteed the crown of the Belgians upon the king's death. Albert had two sisters who survived into adulthood, Princess Henriette who married Prince Emmanuel of Orléans, and Princess Josephine who married her cousin, Prince Karl-Anton of Hohenzollern-Sigmaringen, brother of King .

In on 2 October 1900, she married Prince Albert, second-in-line to the throne of Belgium (after his father ). Upon her husband's accession to the Belgian throne in 1909, Elizabeth became Queen. During the , she and the King resided in . The Queen made herself beloved by visiting the frontlines and by sponsoring a nursing unit. Despite her German background, she was a popular queen and she eagerly supported her adoptive country. In 1934, Albert I died in a climbing accident at , in the region of Belgium, near Namur.

In her later years, she became a patron of the arts and was known for her friendship with notable scientists like . During the German occupation of Belgium from 1940 to 1944, she used her German connections and influence to assist in the rescue of hundreds of ish children from deportation by the Nazis. After the war she was awarded the title by the i government. During the 1950s, the Queen aggravated the Americans by visiting , and , trips that led her to being known as the "Red Queen."

Queen Elisabeth died in at the age of 89 on , . She is interred in the Royal vault at the Church of Our Lady, , Brussels.

* Léopold Philippe Charles Albert Meinrad Hubertus Marie Miguel, , Prince of Belgium, who became later the fourth king of the Belgians (as Leopold III), born , , and died at on , .

* Charles-Théodore Henri Antoine Meinrad, , Prince of Belgium, of Belgium, born Brussels , , and died at on , .

*Marie-José Charlotte Sophie Amélie Henriette Gabrielle, Princess of Belgium, born , . She was married at , , on , to Prince Umberto Nicola Tomasso Giovanni Maria, Prince of , born on , , and died on , , at , . He became King Umberto II of Italy on , . Marie-José died , .