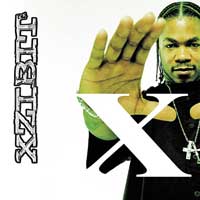 "X" is the second single from 's third studio album, "Restless". Fellow West Coast rapper can be heard talking in the outro. It was produced by with co-production from and . Dr. Dre can also be heard saying "Not these niggas again." in a line.

The music video directed by has cameo appearances from Snoop Dogg, Dr. Dre, Wu-Tang members and . Most of the video includes Xzibit in a studio with Snoop and Dr. Dre rapping and in the third verse he is in a concert performing while the cameo appearance rappers are sitting with the fans.