In professional wrestling, a manager is a secondary character paired with a wrestler (or wrestlers) for a variety of reasons. The manager is often either a non-wrestler, an occasional wrestler, an older wrestler who has retired or is nearing retirement or, in some cases, a new wrestler who is breaking into the business (or a specific company) and needs the experience in front of the crowds. The wrestler that a manager manages is called his or her charge. A wrestler's manager has nothing to do with their real-world agent.

The role of a manager 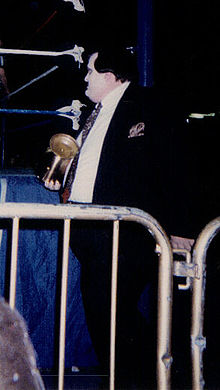 Paul Bearer carrying the urn he used to control The Undertaker.

A manager is somewhat like a storyline agent for an actor or an athlete; he helps his client to book matches and appearances, and otherwise works to further and guide their career. Within the context of storylines it is the manager who positions their charge for title opportunities, decides whom to trust as an ally, and generally acts as a mouthpiece on their wrestlers' behalf. Outside of storylines, a manager's job is to help the wrestler they're paired with get over. For this reason, managers are usually paired with wrestlers who the writers feel have great potential, but need a little help to the top. For example, if a wrestler can perform well in the ring, but lacks the gift of gab, a manager will cut promos for him. Often the very act of aligning oneself with a manager, or conversely breaking away from a manager they've worked with, can change a wrestler's alignment, making them a sudden fan favorite or villain.

While the basic goal of a manager is to give his or her wrestlers a push never changes, how they go about it will depend on several factors, especially alignment. A heel manager, for example, may have their wrestler constantly duck tougher opponents while cheating to help them win when they do actually wrestle. A face manager, however, may spend the majority of their interview time talking about how tough their wrestler is and going out of their way to find bigger and better opponents to challenge, as proof.

Certain wrestlers employ a special kind of manager, known as a "handler." If a wrestler's character calls for it a handler is the only person who can control a "wild" wrestler that is prone to "go out of control." A classic example of this was The Undertaker, who in his early Deadman persona was controlled only by Paul Bearer through an urn which was said to have all of the Undertaker's powers. A recent example of this was wrestler Umaga and his handler, Armando Estrada.

Managers vs. valets vs. enforcers

Most managers are male; a female who accompanies a wrestler to the ring is often referred to as a valet. The major difference between the two is that managers are usually shown as (usually kayfabe) crafting a wrestler's career "behind the scenes", while valets are usually shown as simply eye candy, often to distract opponents or referees. Valets, in general, rarely cut promos, instead simply making their presence felt by accompanying a wrestler during his promo. Although true female managers are rare, some (like Sherri Martel) have had long and storied careers and gone through many companies as "managers of champions". A male wrestler or character accompanying a prominent female wrestler to the ring could be considered a valet as well, though this is exceptionally rare.

While they are not managers in the traditional sense, enforcers, full-time wrestlers who accompany another wrestler to the ring, also serve both in and out of storylines, to further the interests of a wrestler in their care. Enforcers appear in storylines where a wrestler needs to "have [their] back watched"; enforcers will keep outside interference from taking place in a match, or become outside interference themselves. Outside the ring, they will protect their charges from ambushes by other wrestlers, which further the storyline without actually recording a real match in the terms of the storyline. They tend to come from the ranks of generally larger, more intimidating looking wrestlers, e.g. Luther Reigns to Kurt Angle or Sid Justice/Diesel to Shawn Michaels. 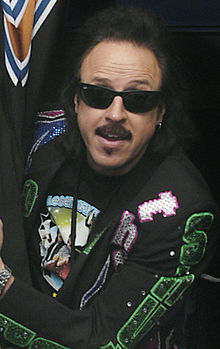 From the early years of pro wrestling to the mid-1990s, managers were very common because they served a secondary purpose: "getting heat." A manager's job was to cut promos on behalf of clients who may not be as charismatic (or had gimmicks depicting them as silent, or with limited ability to speak English). As such, successful managers almost invariably had the "gift of the gab", though it wasn't unheard of to see managers paired with wrestlers who had no trouble cutting their own promos. In this case, the manager's role was often mainly to help their clients cheat in matches.

In the territorial days of wrestling, most managers did not travel from territory to territory, but instead remained in one territory to provide instant heat to the promotion's new heel acts. Notable examples would be Jimmy Hart in Memphis, Bobby Heenan in the American Wrestling Association, and the "Three Wise Men" (Lou Albano, Freddie Blassie, and Ernie Roth) in the World Wide Wrestling Federation (now the WWE).

Some managers, such as Paul Ellering, were managers in the truest sense of the word, taking care of the day-to-day needs of their "charges" by dealing with travel arrangements, rentals, and lodgings.