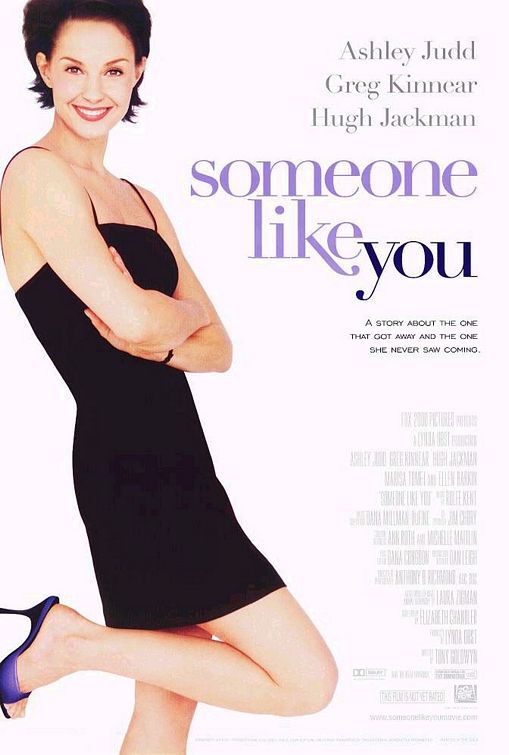 
"Someone Like You" is a 2001 motion picture, based on Laura Zigman's novel "Animal Husbandry" which tells a story of a heartbroken woman who is looking for the reason she was dumped. The film stars , , and and was directed by . The running time is 97 minutes.

Jane Goodale () hosts at a small TV station along with Eddie (), the producer and Diane Roberts (), Jane's friend. They get a new colleague, Ray () and Jane gets involved with him. After some time, he breaks up with her and Jane learns that he is actually the boyfriend of her boss, Diane Roberts.

Desperate, Jane tries to find out why men break up with women and comes up with several theories comparing men with cows which she promotes under the name of a fake psychologist in her best friend Liz's () magazine. She dumps her theories based partly on the cheating womanizer Eddie when she moves in with him and discovers that he isn't as cold and cruel as she made him (and the rest of his ) to be: he himself suffers from a broken heart and tries to compensate for it.

Finally, Jane confesses on Diane Roberts' talk show that she made everything up, that she had an affair with Ray and is in love with Eddie. She meets him after her TV appearance and they kiss on the street.