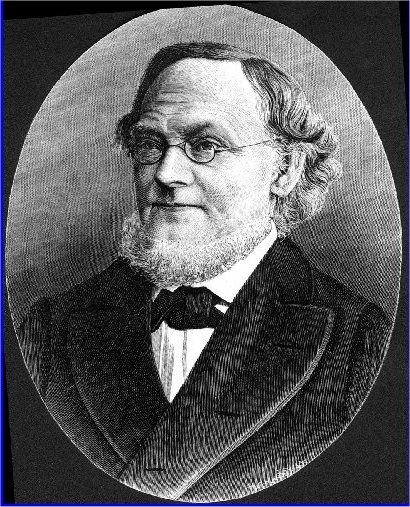 Hermann Günther Grassmann (, , () &ndash; , , ) was a German , renowned in his day as a linguist and now admired as a mathematician. He was also a physicist, neohumanist, general scholar, and publisher. His mathematical work was not recognized in his lifetime.

Grassmann was the third of 12 children of Justus Günter Grassmann, an ordained minister who taught mathematics and physics at the Gymnasium, where Hermann was educated. Hermann often collaborated with his brother Robert.

Grassmann was an undistinguished student until he obtained a high mark on the examinations for admission to n universities. Beginning in 1827, he studied at the , also taking classes in classical languages, , and literature. He does not appear to have taken courses in or .

Although lacking university training in mathematics, it was the field that most interested him when he returned to Stettin in 1830 after completing his studies in Berlin. After a year of preparation, he sat the examinations needed to teach mathematics in a gymnasium, but achieved a result good enough to allow him to teach only at the lower levels. In the spring of 1832, he was made an assistant at the Stettin Gymnasium. Around this time, he made his first significant mathematical discoveries, ones that led him to the important ideas he set out in his 1844 paper referred to as A1 (see below).

In 1834 Grassmann began teaching mathematics at the Gewerbeschule in Berlin. A year later, he returned to Stettin to teach mathematics, physics, German, Latin, and religious studies at a new school, the Otto Schule. This wide range of topics reveals again that he was qualified to teach only at a low level. Over the next four years, Grassmann passed examinations enabling him to teach , , , and at all secondary school levels.

Grassmann felt somewhat aggrieved that he was writing innovative mathematics, but taught only in secondary schools. Yet he did rise in rank, even while never leaving Stettin. In 1847, he was made an "Oberlehrer" or head teacher. In 1852, he was appointed to his late father's position at the Stettin Gymnasium, thereby acquiring the title of Professor. In 1847, he asked the Prussian Ministry of Education to be considered for a university position, whereupon that Ministry asked for his opinion of Grassmann. wrote back saying that Grassmann's 1846 prize essay (see below) contained "... commendably good material expressed in a deficient form." Kummer's report ended any chance that Grassmann might obtain a university post. This episode proved the norm; time and again, leading figures of Grassmann's day failed to recognize the value of his mathematics.

During the political turmoil in Germany, 1848-49, Hermann and Robert Grassmann published a Stettin newspaper calling for under a . (This eventuated in 1866.) After writing a series of articles on , Hermann parted company with the newspaper, finding himself increasingly at odds with its political direction.

Grassmann had eleven children, seven of whom reached adulthood. A son, Hermann Ernst Grassmann, became a professor of mathematics at the .

One of the many examinations for which Grassmann sat, required that he submit an essay on the theory of the tides. In 1840, he did so, taking the basic theory from 's "Mécanique céleste" and from Lagrange's "Mécanique analytique", but expositing this theory making use of the vector methods he had been mulling over since 1832. This essay, first published in the "Collected Works" of 1894-1911, contains the first known appearance of what are now called and the notion of a . He went on to develop those methods in his A1 and A2.

In 1844, Grassmann published his masterpiece, his "Die Lineare Ausdehnungslehre, ein neuer Zweig der Mathematik" [The Theory of Linear Extension, a New Branch of Mathematics] , hereinafter denoted A1 and commonly referred to as the "Ausdehnungslehre," which translates as "theory of extension" or "theory of extensive magnitudes." Since A1 proposed a new foundation for all of mathematics, the work began with quite general definitions of a philosophical nature. Grassmann then showed that once is put into the algebraic form he advocated, then the number three has no privileged role as the number of spatial s; the number of possible dimensions is in fact unbounded.

cquote|The definition of a ()... became widely known around 1920, when and others published formal definitions. In fact, such a definition had been given thirty years previously by , who was thoroughly acquainted with Grassmann's mathematical work. Grassmann did not put down a formal definition --- the language was not available --- but there is no doubt that he had the concept.

Beginning with a collection of 'units' "e1, e2, e3, ...", he effectively defines the free linear space which they generate; that is to say, he considers formal linear combinations "a1e1 + a2e2 + a3e3 + ..." where the "aj" are real numbers, defines addition and multiplication by real numbers [in what is now the usual way] and formally proves the linear space properties for these operations. ... He then develops the theory of in a way which is astonishingly similar to the presentation one finds in modern linear algebra texts. He defines the notions of , , , , and of subspaces, and s of elements onto subspaces.

...few have come closer than Hermann Grassmann to creating, single-handedly, a new subject.

Following an idea of Grassmann's father, A1 also defined the , also called "combinatorial product" (In German: "äußeres Produkt" or "kombinatorisches Produkt"), the key operation of an algebra now called . (One should keep in mind that in Grassmann's day, the only atic theory was , and the general notion of an had yet to be defined.) In 1878, joined this exterior algebra to 's by replacing Grassmann's rule "epep" = 0 by the rule "epep" = 1. "(For , we have the rule "i2" = "j2" = "k2" = -1.)" For more details, see .

A1 was a revolutionary text, too far ahead of its time to be appreciated. Grassmann submitted it as a Ph. D. thesis, but Möbius said he was unable to evaluate it and forwarded it to , who rejected it without giving it a careful reading. Over the next 10-odd years, Grassmann wrote a variety of work applying his theory of extension, including his 1845 "Neue Theorie der Elektrodynamik" and several papers on algebraic curves and surfaces, in the hope that these applications would lead others to take his theory seriously.

In 1846, Möbius invited Grassmann to enter a competition to solve a problem first proposed by : to devise a geometric calculus devoid of coordinates and metric properties (what Leibniz termed "analysis situs"). Grassmann's "Geometrische Analyse geknüpft an die von Leibniz erfundene geometrische Charakteristik", was the winning entry (also the only entry). Moreover, Möbius, as one of the judges, criticized the way Grassmann introduced abstract notions without giving the reader any intuition as to why those notions were of value.

In 1853, Grassmann published a theory of how colors mix; it and its three color laws are still taught, as Grassmann's law. Grassman's work on this subject was inconsistent with that of . Grassmann also wrote on , , and .

Grassmann (1861) set out the first axiomatic presentation of arithmetic, making free use of the principle of induction. and his followers cited this work freely starting around 1890. Curiously, Grassmann (1861) has never been translated into English.

In 1862, Grassman published a thoroughly rewritten second edition of A1, hoping to earn belated recognition for his theory of extension, and containing the definitive exposition of his . The result, "Die Ausdehnungslehre: Vollständig und in strenger Form bearbeitet" [The Theory of Extension, Thoroughly and Rigorously Treated] , hereinafter denoted A2, fared no better than A1, even though A2's manner of exposition anticipates the textbooks of the 20th century.

Grassmann's mathematical methods were slow to be adopted but they directly influenced and . 's first monograph, the "Universal Algebra" (1898), included the first systematic exposition in English of the theory of extension and the . The theory of extension led to the development of s and to the application of such forms to analysis and . makes use of the . For an introduction to the role of Grassmann's work in contemporary , see Penrose (2004: chpts. 11, 12).

developed a vector calculus similar to that of Grassmann which he published in 1845. He then entered into a dispute with Grassmann about which of the two had thought of the ideas first. Grassmann had published his results in 1844, but Saint-Venant claimed (and there is little reason to doubt him) that he had first developed these ideas in 1832.

Disappointed at his inability to be recognized as a mathematician, Grassmann turned to historical . He wrote books on German grammar, collected folk songs, and learned . His dictionary and his translation of the (still in print) were recognized among philologists. He devised a sound law of , named Grassmann's Law in his honor. These philological accomplishments were honored during his lifetime; he was elected to the and in 1876, he received a honorary doctorate from the .