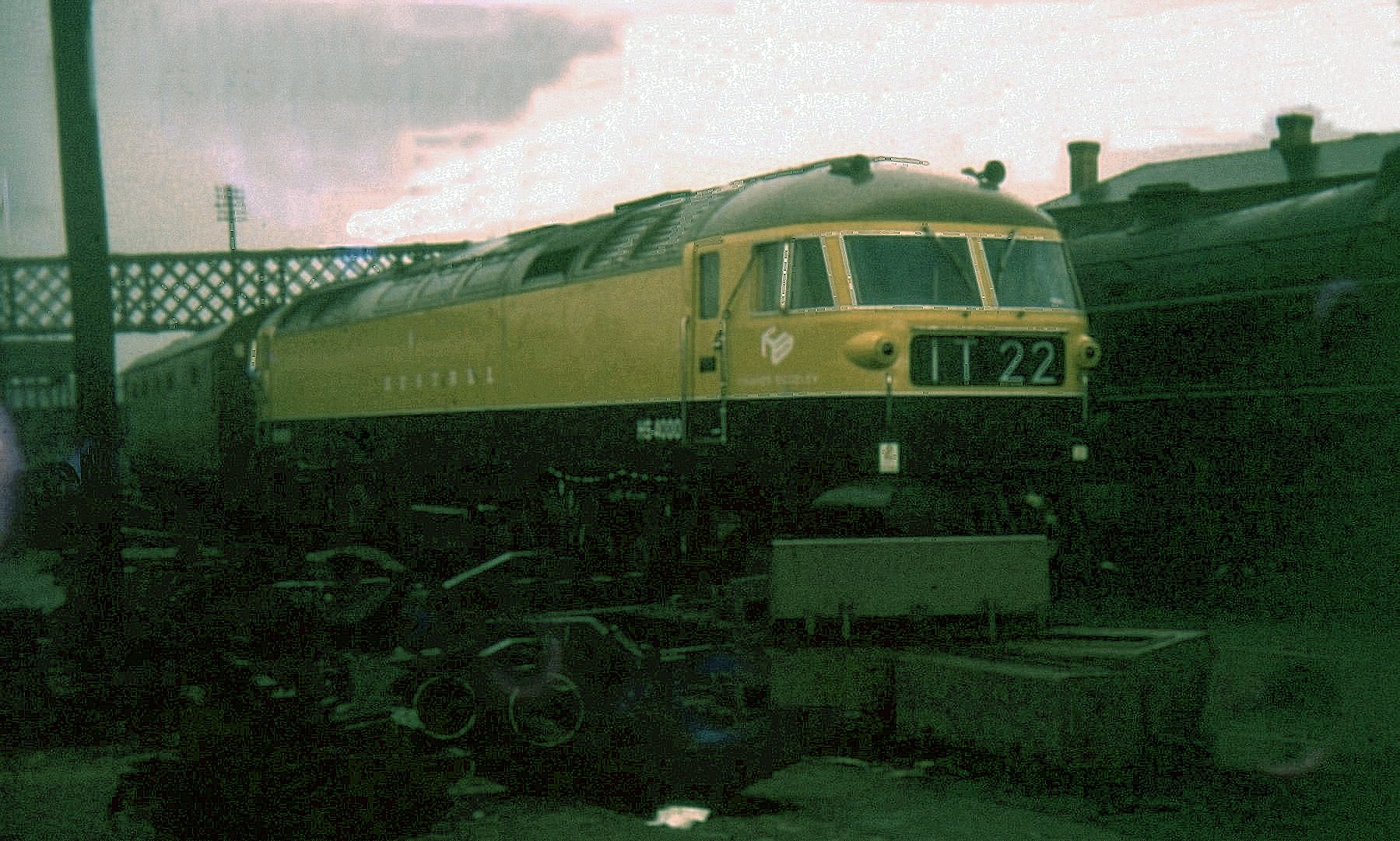 HS4000, named "Kestrel", was a prototype high-powered mainline diesel locomotive built in 1968 by , to demonstrate its wares to ways. The name came from (the owner of Brush) 4000 hp (the power rating of its Sulzer engine).

It was of Co-Co wheel arrangement and was fitted with a Sulzer 16LVA24 engine pressed to convert|4000|hp providing a maximum speed of 125 mph and weighed 133 tonnes. It was painted in a livery of yellow with a broad chocolate-brown band around the lower bodyside. A thin white line separated the two and ran right around the body.

BR encountered difficulties in testing the locomotive because of its high axle load (the same as the descendant which encountered no such resistance due to its much lower maximum speed), but were able to test it on freight workings between (LD) and , where it successfully demonstrated the potential of its high power rating. Brush were keen to see the prestigious engine on the front of a passenger train and in 1969 lighter class 47 bogies were fitted to reduce the axle load, and it was used on passenger services out of London Kings Cross.

In March 1971 it was withdrawn from service in the UK and sent back to Brush for refitting. Following the Hither Green disaster (1967 - 49 dead) which was directly linked to a fractured rail, BR was very wary of high axle loads combined with speed. A decision was made to limit axle loads to 20 tons. Even with her new bogies, Kestrel stood at 21.5 tons and this effectively sealed her fate. It became clear to Brush that there was no chance of home orders and so with Kestrel looking more and more like an ugly duckling, a deal was sealed with Russia. In April 1971 she was sent to , overhauled and the original bogies re-fitted and gauged for Soviet track. She was shipped from Cardiff on board the MV "Krasnokamsk" on . On arrival in Russia, she was exhibited at the Moscow Rolling Stock Exhibition in July and then was moved to the Soviet Railways Research Institute at .

A picture (thought to be 1972) of her shows a large roof-mounted headlight at one end only and large, "clasp" style couplers. The Headlight appears to be out of gauge suggesting she was not used in normal service. Nothing has been heard of her since. However... the former Deutsche Reichsbahn of East Germany () was using a new high power locomotive, the , which displayed many features from the Brush-Clayton Type 4s (derived from class 47) supplied to Cuba in 1965 following Russian examination of them there.Fact|date=March 2008 Later, the GDR class 119 displayed many features common with Kestrel - AC alternator, brushless DC traction motors etc. technologies which seemingly sprang out of nowhere in Russian design. Obviously discovered from reverse-engineering Kestrel - this is of course, speculation but not without good merit.Fact|date=March 2008 Due to the amount of evident reverse engineering the USSR undertook on her, she must have been stripped back to bare frames and was finally scrapped in Russia in 1989.Fact|date=March 2008

The decisions following Hither Green also forced BR to split the roles of Freight and Passenger. This was arguably the right thing to do; Freight requires heavy locomotives with high tractive effort and adhesion to shift 2000 ton trains, Passenger work is lighter and generally very much faster. It is clear that a heavy locomotive capable of 125 mph (as was Kestrel) was just not going to get started. The split in roles resulted in a more modest Type 5 Co-Co freight locomotive in the form of Class 56, with The High Speed Train (class 252, 253 & 254, the latter two now collectively known as ) consisting of two lighter Bo-Bo designs, top and tailing a fixed coach rake fulfilling the express passenger role.