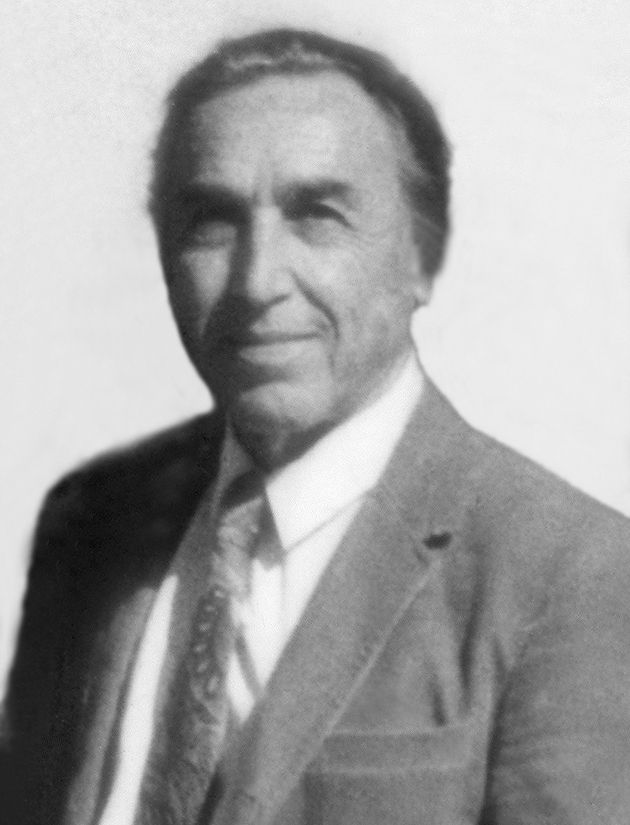 Errol Eustace Harris (born ,) is a contemporary n . His work has focused on developing a systematic and coherent account of the , , and implicit in contemporary understanding of the world. Harris holds that, in conjunction with , the Western philosophical tradition, in its commitment to the ideal of reason, contains the resources necessary to accomplish this end.

Errol E. Harris was born on , in , to parents who had emigrated from England. His father, Samuel Jack Harris, had been one of the defenders of Kimberley when he was besieged there (together with ) during the . Errol studied philosophy at Rhodes University College in South Africa, where he was a student of A.R. Lord and where he obtained his B.A. and M.A., and at the , where he obtained a B.Litt. degree with a thesis on and .

He served as an education officer for the British Colonial Service, and during World War II was Chief Instructor of the Middle East Military Education College at Mt. Carmel, Palestine, with the rank of Major in the Education Corps of the British Army. He received his D. Litt. in philosophy from the in 1950, where he became a full professor in 1953. His first important philosophical work, "Nature,Mind and Modern Science", appeared in 1954. In 1956 Harris went to the United States to lecture at and , where he was subsequently appointed Professor of Philosophy. This allowed his philosophical activity to prosper unimpeded and gain growing recognition.

From 1959-1960 he was Acting Professor of Logic and Metaphysics at in Scotland, and then returned to Connecticut College. In 1962 he became Roy Roberts Distinguished Professor of Philosophy at the , and in 1966 Professor of Philosophy at , where he was later named John Evans Professor of Moral and Intellectual Philosophy and where he taught until his retirement in 1976. After retirement he taught as a visiting Professor at Marquette, Villanova and Emory Universities and was an honorary research fellow at the Centre for Philosophy and History of Science at . He was President of the Metaphysical Society of America in 1968-9 and President of the Hegel Society of America in 1977-8. He currently resides near Ambleside in the Lake District in England.

During his years at Kansas and Northwestern Harris's major publications included "The Foundation of Metaphysics in Science" (1965) and "Hypothesis and Perception: The Roots of Scientific Method" (1970). He has also had an abiding historiographic interest in the metaphysics of Baruch Spinoza and G.W.F. Hegel. Spinoza's philosophy is reconstructed, interpreted, and appropriated by Harris in "Salvation from Despair: A Reappraisal of Spinoza's Philosophy" (1973). He argued for the cogency, truth, and timelineness of Hegel's speculative logic in "An Interpretation of the Logic of Hegel" (1983). In retirement his philosophical activity continued uninterrupted, giving rise to numerous articles and volumes, including "Formal,Transcendental and Dialectical Thinking: Logic and Reality" (1987).

Epistemological and methodological criticisms of empiricism

Harris holds the epistemological position that philosophical was insuperably inconsistent in every version found in European thought from Locke to the twentieth-century analytic philosophers. ["Nature, Mind and Modern Science" (1954), pp. 117-186, 274-351.] The , upon which empiricism is grounded, is held by Harris to be intrinsically false because sense perception is devoid of immediate , depending on an interpretative context that is a product of thinking's discursive activity. Furthermore, the verification principle is also unable to account for the empiricist epistemologist's claim to truth for his own doctrine. Empiricism's "fallacy" is that "of propounding a theory of knowledge from which, if it is true, the theorist himself must be exempt, and which, if it applies to the theorist himself, must be false".Fact|date=May 2007 Nor is empiricism able successfully to overcome the logical antinomies infecting the inductive method, by which it usually tries to explain and justify the genesis and validity of the universal form of scientific theories. Finally, Harris argued that the , which some empiricists such as employ in order to overcome the shortcomings of the inductive method, is epistemologically unfruitful, owing to its merely analytic and conjectural nature.

Theoretical and metaphysical criticisms of empiricism

Harris does not limit himself to refuting empiricism in a purely logico-immanent way, but also argues that a careful examination of the theoretical results achieved by contemporary , , and , as well as of the procedures of scientific enquiry, reveals that empiricism is not even in harmony with the specific orientation of contemporary science. He concludes that science supports a world-view that is relativistic, holistic, organicistic, teleological and hierarchical in character—a world-view contradicted by the unconfessed atomistic, mechanical, and pluralistic metaphysical presuppositions of formal and that are wrongly privileged by philosophical empiricism.

Harris maintains that the temporal variation of different metaphysical doctrines cannot be regarded as a procession of discontinuous, subjective opinions whose validity, at best, is confined to particular epochs. On the contrary, he asserts the existence of "eternal problems in philosophy" ["Nature, Mind and Modern Science", p.3] and conceives their historical development as a unique, logically necessary, teleological process through which they progressively achieve more coherent and adequate formulations. Philosophical historiography, therefore, should not simply confine itself to registering the external philological characteristics of the doctrines under consideration without making s about them. Its peculiar task is rather that of discerning in them the from the . In his historiographical studies, Harris gives considerable attention to Spinoza's and Hegel's metaphysics.

ubstance and attributes in Spinoza

By stressing the crucial relevance of Spinoza's doctrines of the infinity of the of the "cogitatio", of the "idea ideae" and of the "intellectus infinitus dei" (the infinite mind of god) as an "infinite mode" of substance, Harris disputed what he saw as one-sided empiricist and materialistic interpretations of Spinoza's naturalism. ["Salvation from Despair", pp.57, 87ff.] He argues that Spinoza's against the s ought to be understood as referring only to the standpoint of external teleology, and consequently that Spinoza does not exclude a valid explanation of natural processes in the light of an inner teleology. ["Salvation from Despair", pp. 126-132.] On the other hand, Harris also rejects the opposite, mystical or "acosmistic" interpretations of the relationship between substance and attributes, according to which substance would be undifferentiated and attributes would be nothing more than a contingent product of human intellect. Harris on the contrary maintains that Spinoza's theory of the "scientia intuitiva" clearly shows that Spinoza consistently conceives of substance's self-identity as intrinsically differentiated into a rational system of "individual essences," and moreover that Spinoza's geometric method is simply the outward dress of an inferential procedure that is similar to dialectical method. ["Salvation from Despair", pp. 49ff.]

Harris's interpretation of Hegel's philosophy—unlike that of most of Hegelian interpreters in the nineteenth and twentieth centuries—emphasizes the crucial role of "" in Hegel's metaphysics. ["Nature, Mind and Modern Science", pp. 241 -246.] In the wake of the many philosophical developments which affected the theoretical underpinnings of the natural sciences in the late nineteenth and early twentieth centuries, Harris outlines a "reform" of Hegel's "Naturphilosophie" that rejects as obsolete at least three of its main contentions: (1) that the natural sciences are nothing more than the product of the finite intellect's analytic activity; (2) that it is impossible cogently to prove the coming-to-be in natural philosophy of a unitary process of real biological evolution; and (3) that the "bad infinity" of the spaciotemporal form of inorganic nature is clear evidence of its self-contradictoriness.Fact|date=June 2007 According to Harris, in fact, Einstein's theories of special and , as well as the contemporary cosmological theories of the "expanding universe", involve a plausible conception of the physical universe as a "finite but unbounded Whole," so that it can be safely regarded as an objective, natural embodiment of the "infinitum actu", or "true infinity," which Hegel had instead confined to the subjectivity of life and spirit. ["The Foundations of Metaphysics in Science", pp.41-63, 85-108.]

Harris advocates the possibility of knowledge of ; his criticism of the of positivistic epistemology never takes the form of or ["Nature, Mind and Modern Science", pp. 29-42] . For him truth is the apex of a teleological process, whose more abstract and elementary forms are the theoretical perspectives worked out by the natural and human sciences, while its most concrete, fully blown aspect coincides with the self-reflective activity of metaphysical thought. The elements of his metaphysics show the acknowledged influences of Spinoza's rationalistic , Hegel's , Collingwood's logic, and Joachim's . ["The Foundations of Metaphysics in Science", pp. 451-493.] He wrote:

:"The philosophical theory demanded by the modern outlook must, accordingly, maintain five main theses: (i) that mind is immanent in all things; (ii) that reality is a whole, self-sufficient and self-maintaining, and that coherence is the test of truth of any theory about it; (iii) that the subject and object of knowledge are ultimately one – the same thing viewed from opposite (and mutually complementary) standpoints; (iv) that events and phenomena can adequately be explained only teleologically, and (v) that the ultimate principle of interpretation is, in consequence, the principle of value." ["Nature, Mind and Modern Science", p. 206.]

In Harris's view, the ultimate unity of the subject and object of knowledge means that , which is the peculiar object of metaphysical thought, is identical with logical reason, which is the self-conscious act of systematic thought that thinks of reality. For Harris only can grasp the of such an identity. By sublating into the absolute idea the very negativity of finitude, appearance and error, only dialectical logic can disclose a logical universe that is not simply an aggregate of "bloodless categories,"but is rather a fully actual, self-sufficient and self-conscious Whole.Fact|date=June 2007 As a consequence, Harris's metaphysics, like Hegel's, finally develops into a "logic of construction" and a .Fact|date=June 2007

*"Cosmos and Anthropos"
*"Cosmos and Theos"
*"The Foundations of Metaphysics in Science" (1965)
*"Nature,Mind,and Modern Science" (1954)
*"Hypothesis and Perception" (1970)
*"The Spirit of Hegel"
*"The Substance of Spinoza"
*"The Reality of Time"
*"Formal,Transcendental and Dialectical Thinking" (1987)
*"An Interpretation of the Logic of Hegel" (1983)
*"The Problem of Evil"
*"Atheism and Theism"
*"Perceptual Assurance and the Reality of the World"
*"Salvation from Despair, A Reapraisal of Spinoza's Philosophy" (1973)
*"Fundamentals of Philosophy"
*"Analysis and Insight"
*"Revelation Through Reason"
*"South African Survey"
*"Reflections on the Problem of Consciousness"
*"White Civilization"
*"The Survival of Political Man, A Study in the Principles of International Order"
*"Annihilation and Utopia"
*"Apocalypse and Paradigm"
*"One World or None"
*"Earth Federation Now!"

Harris is also the author of over ninety published articles and chapters of books, the earliest of which appeared in 1936.

As editor and co-editor