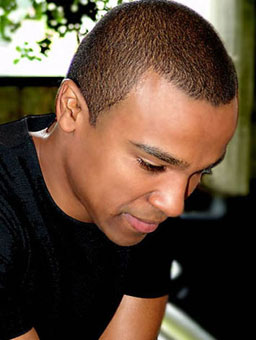 Alexandre Pires do Nascimento (born , in , , ) is a ian singer. Pires was previously the singer of group which he joined in the late 80s.He began his career playing a new and more apelative style of that is known as and more romantic too that used to be known as and now is known as . After his rhythm and melody started to become a little more romantic. He crossed the vertent known as "Pagode Romântico" and then he jumped to his favourite style. The Sambas-canção most famous are "Depois do Prazer" and "Tudo tem A ver" with a lot of influences of Brazilian Country Music ("Sertaneja"). The pagodes that are the most famous are "Quando é Amor", "A barata" and "Mineirinho" produced with the goup . At that time, he received also a lot the influences of , and , mainly because his father was one of the best friends of , according to a conversation with Pires at TV also edited at the internet. When he finished his last album with the group he produced also Romantic pop and Latin music.After several albums in Portuguese, the band released a very successful album in 1999 titled "". The album included the hit song "Santo Santo" featuring .

In 2001, Pires released his first solo album to much success. He has continued to release albums both in Portuguese and in Spanish achieving several hits in Latin charts.