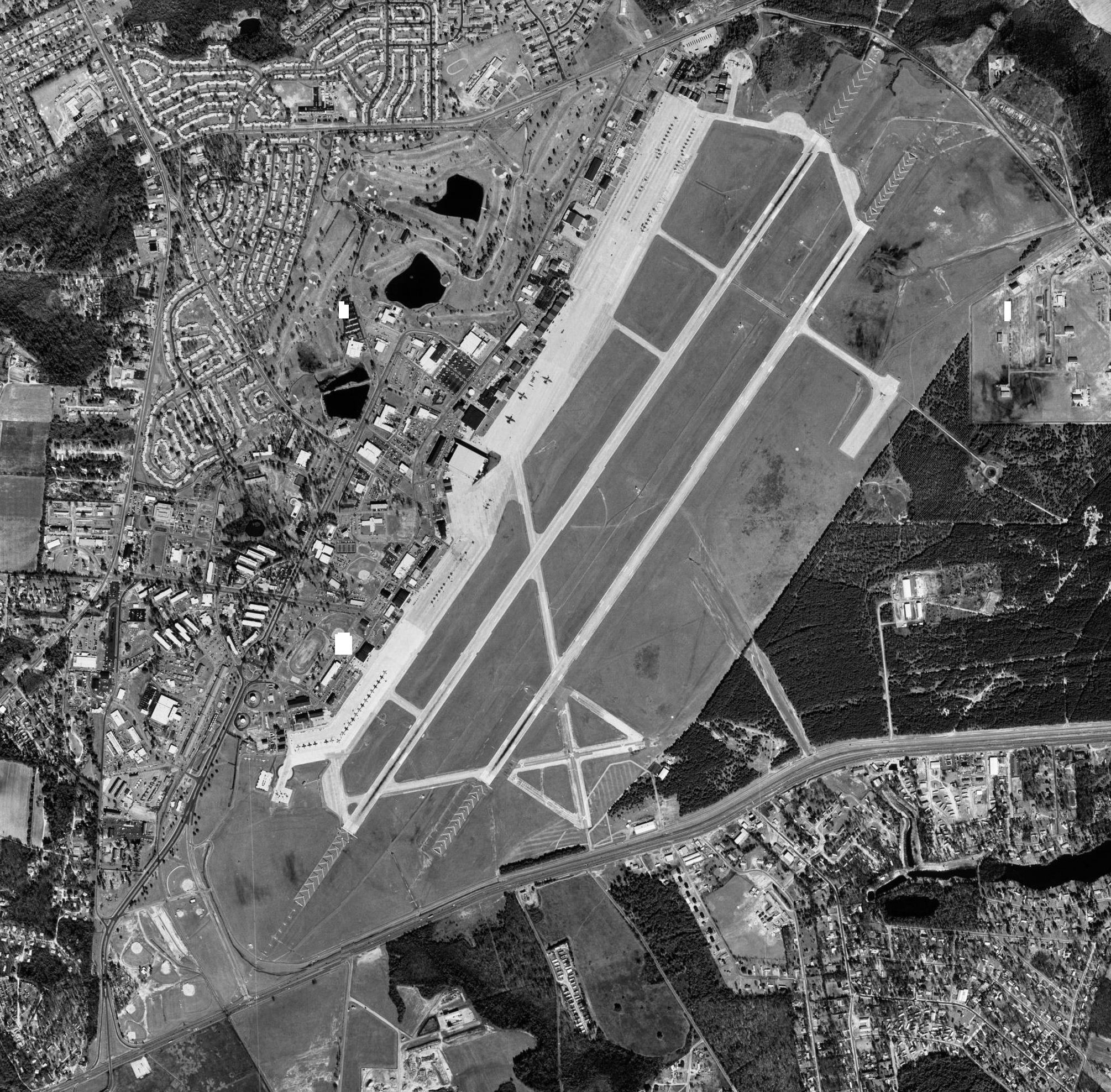 The mission of the 20 FW is to provide, project, and sustain combat-ready air forces. It is the Air Force's largest combat F-16 wing.

Shaw AFB is located about 10 miles northwest of , .

The 20th Fighter Wing is the host unit at Shaw, arriving on , from , , replacing the deactivating 363d Fighter Wing. The 20 FW's operational fighter squadrons are:

The 20th Mission Support Group (20 MSG) at Shaw supports more than 5,400 military and civilian employees and 11,000 family members. The 20 MSG is also responsible for thousands of acres of land, including the 24-acre outdoor recreation area located 37 miles northwest on Lake Wateree, and the approximately 12,000-acre Poinsett Electronic Combat Range located about 10 miles southwest of the base.

In its 2005 Recommendations, DoD recommended to relocate the Headquarters support office from and , GA to Shaw AFB. This was a portion of a larger recommendation that would close and .

Construction began at Shaw Army Airfield on , . Major Burton M. Hovey became the first base commander on , . The base was named in honor of 1st Lt , one of the first Americans to fly combat missions in . Shaw, a Sumter County native, died after three enemy aircraft attacked his Bristol while he was returning from a reconnaissance mission.

As one of the largest flying fields in the , Shaw Field’s first task was to train cadets to fly. The first group of cadets entered training , , and the last basic class graduated , . The basic flying school at Shaw Field had trained more than 8,600 service members to fly in AT-6s and s. When the mission changed, s arrived to replace the basic trainers, and pilots began coming to Shaw for fighter transition training until the end of the war.

For a brief time, Shaw Field also served as a prisoner-of-war camp. The first group of German POWs arrived on , . Eventually, 175 of them lived in an encampment just off the main base, on Peach Orchard Road (also known as South Carolina Hwy 441) across from Shaw's (side) hospital (currently closed) gate and worked on local farms in the area. They departed in the early months of 1946 for the rebuilding of European cities and towns that were devastated during the war. Those prisoners were eventually repatriated to Germany around 1947 or so, with some returning to the Shaw and Sumter area and obtaining their U.S. citizenship.

From July 1946 until May 1947 Shaw was the home of the 414th and s. The squadrons flew the P-61 Black Widow in Europe during World War II, and were deactivated at the end of hostilities. At Shaw, the reactivated squadrons flew the F-4 reconnaissance version of the P-38 Lightning and were initially directly under . They were transferred to in November 1946.

The 20th Fighter Group was reassigned to Shaw Army Airfield on 20 October 1946 from , . The 20th FG had three operational fighter squadrons (55th, 77th and 79th). Initially the group flew the North American P-51D Mustang, upgrading to the Republic Aviation F-84B Thunderjet in 1948.

On , , Shaw Army Airfield was renamed Shaw Air Force Base, and the 20th became the 20th Fighter-Bomber Wing.

The 20th FG was reassigned to , on 1 December 1951 in preparation for a permanent overseas deployment to , to support .

On the was transferred to Shaw from the 363d TRW at . The 161st flew the Lockheed RF-80A reconnaissance version of the . A reduction in Air Force units in April 1949 led to a consolidation of units at fewer bases. With the outbreak of the in 1950, the mission of the 161st was to train replacement reconnaissance aircraft pilots.

The 161st TFS became the nucleus on which the 363rd Tactical Reconnaissance Wing's mission at Shaw AFB when the wing transferred there in 1951.

On , the 363rd Tactical Reconnaissance Wing was transferred to Shaw from , and doubled the activity at Shaw AFB.

In addition to the 363 TRW, Headquarters was transferred to Shaw from , on , .

The 363rd Tactical Reconnaissance Wing would remain at Shaw, under various designations, for the next 43 years. The wing's mission was to fly photographic, electronic and electronic intelligence missions to support both air and ground operations by American or Allied ground forces. In addition, the 363rd provided combat crew training for reconnaissance aircrews.

During the tenure of the 363rd Tactical Reconnaissance Wing at Shaw AFB (1951 - 1993), the wing was the first USAF operational unit equipped with the following aircraft:

Over the next four decades, the squadrons under the 363 TRW changed frequently. Two Tactical Reconnaissance Wings were formed at Shaw AFB from 363 TRW assets and went on to have their own separate histories in Europe (66 TRW) and Southeast Asia (432 TRW). Nearly all tactical reconnaissance aircraft aircrews in the United States Air Force were trained or stationed at Shaw Air Force Base.

As a result of the end of the , the Air Force made several dramatic changes with the inactivation and re-designation of wings and their units. The 363rd FW and all of its squadrons were inactivated at Shaw AFB on , being replaced by the , being reassigned to Shaw from deactivating , without personnel or equipment. The 363 TFW was inactivated and its operational fighter squadrons were re-designated as follows:

On the 66th Tactical Reconnaissance Wing was activated at Shaw, replacing the 118 TRW, the title of which reverted to the after , where the 66th Fighter Group served in the European theater as part of .

The 66th Reconnaissance (later, Strategic Reconnaissance) Group, was a part of (SAC) from July 1947 - May 1951, at , as an corollary unit under the guidance of active duty units in order to train and maintain currency in reconnaissance operations for its reserve personnel.

The 66 TRW was formed at Shaw AFB from the RB-26 assets of 18 TRS and RF-80s transferred from . Wing and squadrons trained at Shaw prior to deployment to . The squadrons formed and activated were:

On , the 432d Tactical Reconnaissance Group was activated at Shaw. The 432nd was a former reconnaissance training unit that served briefly in 1943 as the operational unit of the USAAF School of Applied Tactics at Orlando AAB, .

The initial operational squadrons of the 432 TRG were:

The group initially conducted training with two squadrons (20th, 29th) flying the Republic RF-84F "Thunderflash" and two squadrons (41st, 43d, flying the Martin RB-57A "Canberra". In 1957, the group upgraded the 20th and 29th to the McDonnell RF-101C "Voodo", and the 41st and 43d transitioned to the electronic warfare EB-66C Destroyer.

With the elevation to wing status, the 432 TFW was realigned to a four squadron RF-101C wing as follows:

* The 20th and 29th Tactical Reconnaissance Squadrons continued their training missions under the 432 TRW as RF-101C squadrons.

In a budgetary move, the 432 TRW was deactivated on . The RF-101C equipped 17th and 18th TRSs were deployed to , being reassigned to the 66th Tactical Reconnaissance Wing at , .

The Shaw training mission taken over by the 4411th Combat Crew Training Group, consisting of the:

The 4411 CCTG became an operational group under the 363 TRW and continued the training mission at Shaw for reconnaissance aircraft until both it and the 837th Air Division were inactivated on . All assets from these organizations were then transferred to the 363 TFW.

The 432 TRW was reactivated on as the host unit at Udon RTAFB . At Udon, it became one of the most diversified unit of its size in the Air Force.