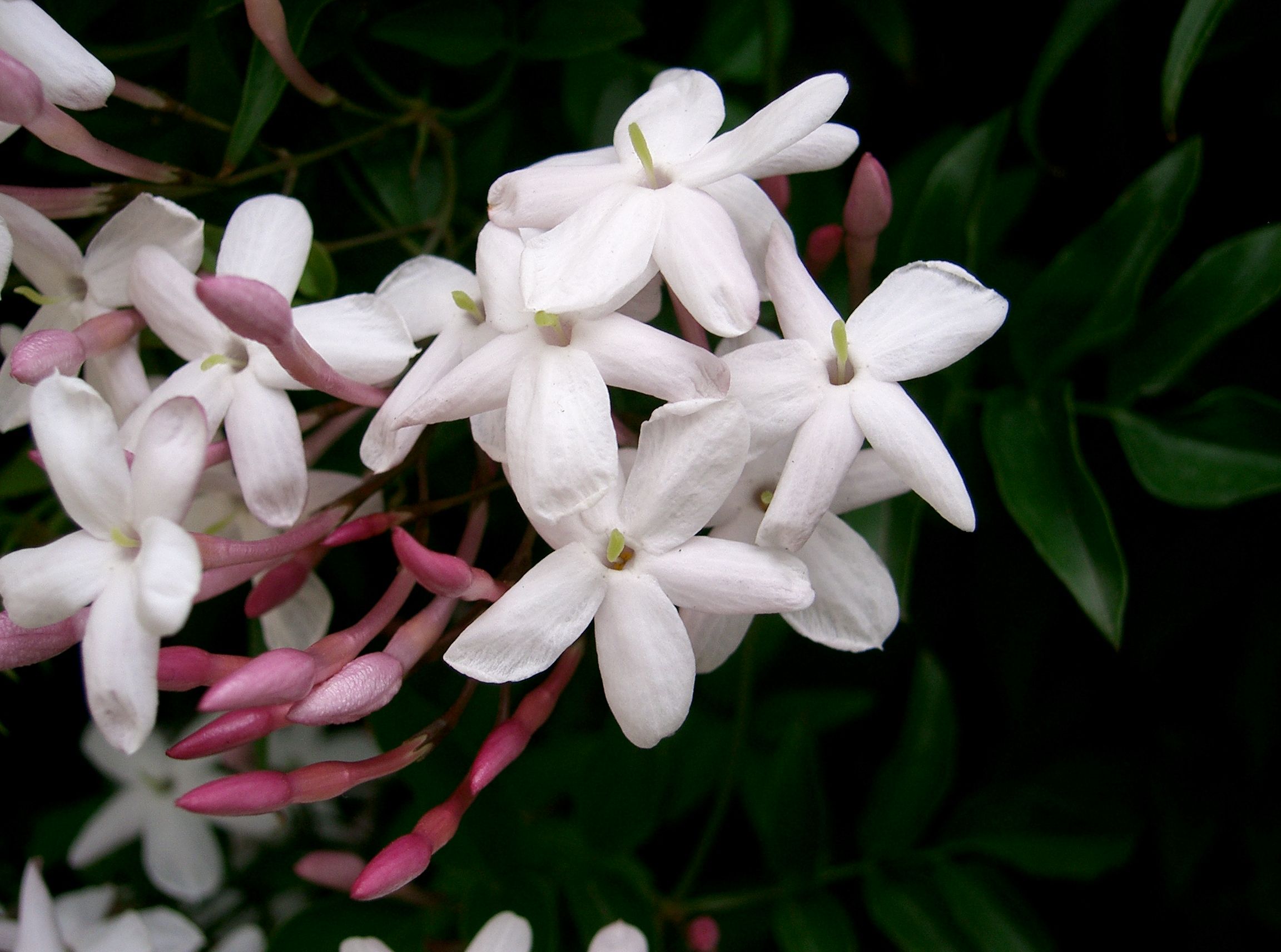 Jasmine s are generally white, although some species have yellow flowers. Unlike most genera in the Oleaceae which have four corolla lobes ("petals"), jasmines often have five or six lobes. They are often strongly and sweetly scented. Flowering is in spring or summer in most species, but in a few species, notably "J. nudiflorum", in winter on the bare branches of this deciduous species. ;Selected species

Jasmine is widely cultivated for their flowers, enjoyed in the , as house plants, and as cut flowers. The flowers are worn by women in their hair in southern and southeast Asia. Many species also yield an absolute, which is used in the production of s and .

Jasmine is consumed in , where it is called Jasmine flower tea (茉莉花茶;

Cultural importance and other information

The Jasmine is the National Flower of the following countries:

*The , where it is known as "", and is usually strung on garlands which are then used to adorn religious images.
*, where the variety "" is the "puspa bangsa" (National Flower), and goes by the name "Melati", In the country, especially the island of , it is the most important flower in ceremonies for ethnic Indonesians.
*, where "Jasminum officinale" is known as the "Chambeli" or "Yasmine" is the national flower.
*, it is the symbolic flower of , which is called the City of Jasmines.

In it is called "Mallika". Jasmine is cultivated at , in , , and exported to ern countriesFact|date=February 2007. "J. fluminense" is an in , where it is sometimes known by the inaccurate name "Brazilian Jasmine". "J. dichotomum" is also invasive in .

In , jasmine flowers are used as a symbol of the .

In Jasmine Tea is known as Sanpin Cha.