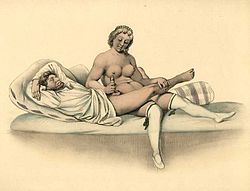 In places where prostitution is illegal, massage parlors, which may be known to offer sexual services, may offer handjobs to clients while staying within the law against prostitution. 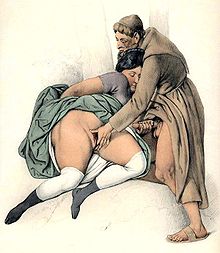 What is clear today is that "happy endings" do persist in a fair number of massage parlors; what is less clear is their actual real-world extent, and also the prevalence of some new laws and lawsuits that may discourage this practice.[citation needed]

An investigation by Time Out New York in January of 2011 found many New York City massage parlors advertising “sensual massage,” and providing handjobs. The parlors charged from $60 to $160, with an extra tip for the sex workers (usually $40) for a massage and manual “happy ending.” In most of the massage parlors reviewed were "rub and tug joints" where handjobs were the only sexual services provided, and there was a strict policy of the male clients not touching the female workers back. [3]