A Colt Paterson is a revolver. It was the first commercial repeating firearm employing a revolving cylinder with multiple chambers aligned with a single, stationary barrel. Its design was patented by Samuel Colt on February 25, 1836, in the United States, France, and England, and it derived its name from being produced in Paterson, New Jersey. Initially this 5-shot revolver was produced in .28 caliber, with a .36 caliber model following a year later. As originally designed and produced, no loading lever was included with the revolver; a user had to disassemble the revolver partially to re-load it. Starting in 1839, however, a reloading lever and a capping window was incorporated into the design, allowing reloading without requiring partial disassembly of the revolver. This loading lever and capping window design change was also incorporated after the fact into most Colt Paterson revolvers that had been produced from 1836 until 1839.[1] Unlike later revolvers, a folding trigger was incorporated into the Colt Paterson. The trigger only became visible upon cocking the hammer.

A subsequent patent renewal in 1849, and aggressive litigation against infringements, gave Colt a domestic monopoly on revolver development until the middle 1850s.

Early Colt literature and later publications insist that Colt was inspired to design the revolver in 1830 by viewing the steering mechanisms aboard the brig Corvo while bound from Boston to Calcutta. However, some believe he saw examples of the Collier Flintlock Revolver while touring the Tower after the Corvo docked in London. In any event, sometime while aboard the Corvo he produced a wooden model (the model is exhibited in the Texas Ranger Hall of Fame Museum in Waco, Texas) and further developed the concept during the early 1830s.

Samuel Colt's first factory, the Patent Arms Company (Plant ruins site at: 40° 55' 01.04" N, 74° 10' 44.48" W) of Paterson, New Jersey manufactured 1,450 revolving rifles and carbines, 462 revolving shotguns and 2,350 revolving pistols between 1836 and 1842 when the business failed. A creditor and business associate, John Ehlers, continued manufacture and sale of (approximately 500 of the total 2,850) pistols through 1847.[1] Revolving pistols held five shots and varied from "pocket" to "belt" and "holster" designations based upon size and intended mode of carry. Calibers ranged from 28/100s through 36/100s-inch. The model most identified with the "Paterson Colt" designation is the Number 5 Holster or Texas Paterson (1,000 units), which was manufactured in .36 caliber.[1] 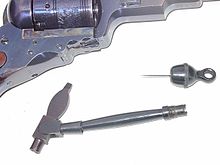 The early Colt revolvers were of single action design meaning that the trigger functioned only to discharge the weapon. It was necessary to manually cock the hammer prior to firing. The close tolerances, folding trigger and multiplicity of small parts and springs seemed more appropriate to a fine timepiece than a tool destined for field service and fouling from black powder residue.

The first Paterson Models (1836-1838) required partial disassembly for loading and had no definitive provision for safely carrying the revolver with all chambers loaded. To load the revolver, the shooter would: 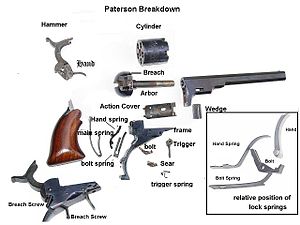 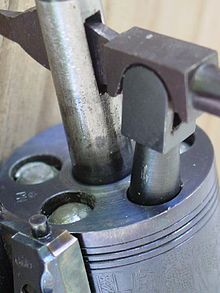 Routine carry modes included leaving the hammer in the half-cock position, lowering the hammer to rest on a capped chamber, downloading by one cylinder, or lowering the hammer between the chambers of the cylinder. The first two options were (and are) extremely dangerous. Later Colt revolvers had a notched hammer that would fit over an intermediate safety pin located between cylinders on the back of the chamber when all cylinders were loaded, thereby obviating contact of the hammer with the percussion caps until the single-action hammer was intentionally cocked.

In 1839, a hinged loading lever and capping window became standard for new revolvers and was retrofitted to the older designs. So modified, the revolvers could be loaded without disassembly. When the Paterson revolvers with loading levers finally reached Texas in 1842, Texas Ranger Captain John Coffee Hays was very pleased that his ranging companies could now reload from horseback. 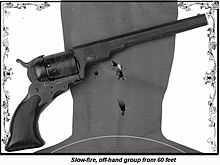 To fire the Paterson, the shooter thumbed the hammer back and the action rotated a chamber in line with the barrel and locked the cylinder in place. This also caused the folding trigger to drop down from the frame into firing position. The sight picture consists of a front blade and a notch in the tip of the hammer. This sequence is repeated for each of the five shots in the cylinder (although the safety-conscious shooter will load only four, leaving the hammer down on an empty chamber for routine handling and carry.)

Compared to the later Colt Percussion Revolver designs, the Paterson is ergonomically flawed but, even with the odd bell-shaped grip and jutting trigger, the revolver points reasonably well and delivers useful accuracy.[2] That Samuel Colt intended the revolver to be accurate is evident because of the rifled barrel and the extra long accessory barrels present in some cased sets.[1] Using modern-day Uberti replicas, the usual expectation is that careful, one-handed shooting will produce groups of 2–3 in (5.1–7.6 cm) at 60 ft (18 m).[3]

The Number 5 Belt Revolver would be an effective weapon to 50 yd (46 m) with ideal shooting conditions though, from a moving horse, the useful range would be measured in feet.

The available power is comparable to a modern .380 pistol cartridge. The .375-.380-inch round ball weighs a near-identical 83 grains (5.4 g) and the velocity is also essentially the same.

The cylinder is somewhat shorter than that found on the later Colt Navy .36 revolvers but will hold 22 gr (1.4 g) of FFFg black powder while allowing full seating of the ball. 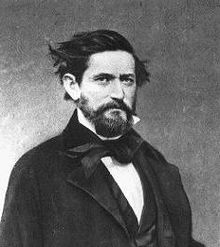 Colt sold a few of the long arms and handguns to the United States Army and they saw limited use in the Second Seminole War in Florida.[1] In general though, the United States government considered the arms to be excessively fragile and prone to malfunction. The Republic of Texas bought 180 of the revolving shotguns and rifles and a like number of handguns for the Texas Navy. The repeating handguns were very popular with the Texas Rangers, providing them with sustained fire power against their Comanche adversaries. The weapon was especially decisive in the Battle of Bandera Pass. Captains Jack Hays and Samuel Walker of the Texas Rangers became major proponents of the Colt Revolvers and were successful in advocating military contracts for later models such as the Walker Colt.