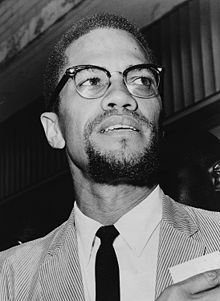 Malcolm X announced the establishment of the OAAU at a public meeting in New York's Audubon Ballroom on June 28, 1964. He had written the group's charter with John Henrik Clarke, Albert Cleage, Jesse Gray, and Gloria Richardson, among others.[1] In a memo dated July 2, 1964, FBI Director J. Edgar Hoover described the nascent OAAU as a threat to the national security of the United States.[2]

Malcolm X, along with John Henrik Clarke, wrote the following into the Organization of Afro-American Unity (OAAU) Basic Unity Program:

The OAAU pushed for Black control of every aspect of the Black community. At the founding rally, Malcolm X stated that the organization's principal concern was the human rights of Blacks, but that it would also focus on voter registration, school boycotts, rent strikes, housing rehabilitation, and social programs for addicts, unwed mothers, and troubled children. Malcolm X saw the OAAU as a way of "un-brainwashing" Black people, ridding them of the lies they had been told about themselves and their culture.

On July 17, 1964, Malcolm X was welcomed to the second meeting of the Organization of African Unity in Cairo as a representative of the OAAU.[3]

When a reporter asked whether white people could join the OAAU, Malcolm X said, "Definitely not." Then he added, "If John Brown were still alive, we might accept him."[4]

Malcolm X did not have sufficient time to invest in the OAAU to help it flourish. After his death, Malcolm X's half-sister, Ella Collins, took over the leadership of the OAAU, but dwindling membership and Malcolm X's absence eventually led to the collapse of the organization.[citation needed]