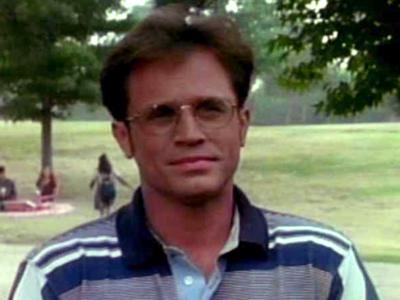 Billy Cranston is a fictional character in the universe. He is the in the series "", portrayed by . Billy is the only original Power Ranger to remain for the entire "MMPR" series, and is the third longest-serving Ranger overall behind and .

The character was also played by Yost in the unaired pilot as "Billy" (the surname didn't come until the series). Billy also appears in the video game "".

Billy was one of the five "teenagers with attitude" selected by to become the original Power Rangers, along with , , and . Billy became the Blue Power Ranger and was given both the Power Coin and the Triceratops Dinozord.

Billy began the series as the stereotypical "nerd." His closest friend throughout the series was Trini, to whom he could communicate most comfortably and effectively. He is initially very insecure about himself, making him an easy target for people like , who torment him often in the beginning. The other Rangers, especially Trini, defended him loyally, but Billy later evolved to become a stronger individual. He was one of the top members of Angel Grove High's science club and often helped its younger members with their experiments. One such example was with Willy, a young boy he helped to create a virtual reality simulator for a Science Fair. In the episode "High Five", Billy not only created the communicators, but also the interface that allowed the devices a remote access to the Command Center's teleportation unit.

It revealed that, due to an experience in his youth when he was bitten by a fish during an experiment involving whirlpools, Billy developed : fear of fish. This fear would affect him well into his teens and Rita would use a spell to exacerbate this fear. When he is the last Ranger left able to contend with the Goo Fish monster, Billy overcomes the spell and then, after helping to free his friends and defeat the monster, completely overcomes the fear itself on a fishing trip with Ernie, the owner of the Youth Center.

Each of Billy's teammates have a unique skill to offer the team and, in Billy's case, it was his vast intelligence. He sought out to improve himself physically, and the audience would see him transition over time from the suspenders-wearing "brain" to a confident, hyper-intelligent athlete with appreciable fighting skills, thanks in great part to Trini's Uncle Howard. Jason and later Tommy helped graduate Billy to the red belt level in karate. Billy's intelligence would help the Rangers save the world on many occasions. When the Command Center was damaged, Zordon lost and Alpha incapacitated, it was his invention, the RADBUG that allowed the Rangers to travel to the Command Center. He performed a wide array of tasks, ranging from creating the method for which the Ranger's would use initially to infiltrate Rita's Dark Dimension, to disarming the lock-out mechanism for Alpha's activated self-destruct, and many other achievements. Though Billy did manage to attract girls earlier in his "nerd-like" persona, it was after he began his journey toward self-improvement that he would garner more attention from romantic interests, even more so than the other members of the team.

Billy is accepted into the Young Scientists of America program. In Season 2, he befriends Zack's cousin Curtis when he becomes the newest student at Angel Grove High. Curtis' musical interests, particularly in playing the trumpet, sparks Billy's intrigue into the rhythmic patterns of jazz music.

Later in Season 2, a time traveling Kimberly would recruit Billy's ancestor "William" in the 1880's to become the first Blue Ranger when she assembles and takes command of the Wild West Ranger team in a battle against Goldar and several other time traveling foes.

In Season 3, after Kimberly decided to leave, Billy stepped up to second-in-command.

Billy appears in this movie. Due to the alternate timeline of this movie, it is unknown if Billy had control of the Triceratops Dinozord or the Unicorn Thunderzord, although he still had the Triceratops Power Coin. He also used a weapon that did not exist on the show: the Stega Stinger. Billy was depowered by Ivan Ooze and had to travel to Phaedos. There he gained the power of the Ninjetti and the Wolf Ninjazord. His alternate differences are that he doesn't wear glasses and his Blue Ranger helmet's lens are slightly different.

The Rangers are de-aged by a time reversal spell performed by Rita Repulsa's father, Master Vile. Billy devises a plan to restore the rangers' age using a machine that runs off of the power coins. Billy restores himself, but Goldar steals the machine and Lord Zedd and Rita Repulsa destroy all six Ninja Power Coins. With his Wolf Ninja Coin destroyed and his Triceratops Power Coin damaged beyond use, Billy's role changed. He no longer fought as a Power Ranger, but rather acted solely in an advisory and supporting role. In fact, Billy was the only Ranger in this period to be portrayed by his regular actor - the others had been replaced temporarily by child actors after had used the Orb of Doom to revert time by approximately ten years. Billy acted in this period as a liaison between the Rangers and . It was the cure for Billy's reverse-aging that eventually served as the plot device by which he was removed from the show. When "" began, Billy officially retired from active Ranger service, allowing Tanya to take his place while he continued his support role by creating and maintaining most of the weaponry, gadgets and Zords the Zeo Rangers would use.

The writers left the choice open as to whether or not Billy would become a Zeo Ranger, with him musing at the start of "Zeo" that he could always assume the Zeo power in an emergency. Before the Gold Ranger's identity was revealed as , the writers left several red herrings to mislead the viewers into believing that the was Billy. When Trey of Triforia returned to Triforia on sabbatical to try to unify his three selves, Billy was selected to assume Gold Ranger's powers. However, the "" that his body had absorbed in the Command Center's explosion prevented him from taking the powers. Instead Jason, the former Red Ranger, received the powers.

Billy was last seen in one of the final "Zeo" episodes suffering from accelerated aging because the regenerator he used to restore his proper age had a side effect. To counter this, he traveled to for a cure from their Eternal Falls (analogous to the ), and opted to remain there with , a female Aquitian with whom he had fallen in love.

Because of the absence of Yost (he had left the show a few episodes prior to his character's departure, hence his lack of appearance in them), stock footage of Billy was used for his departure and his character was voiced by someone else. He was also the last of the original Power Ranger team to leave the show.