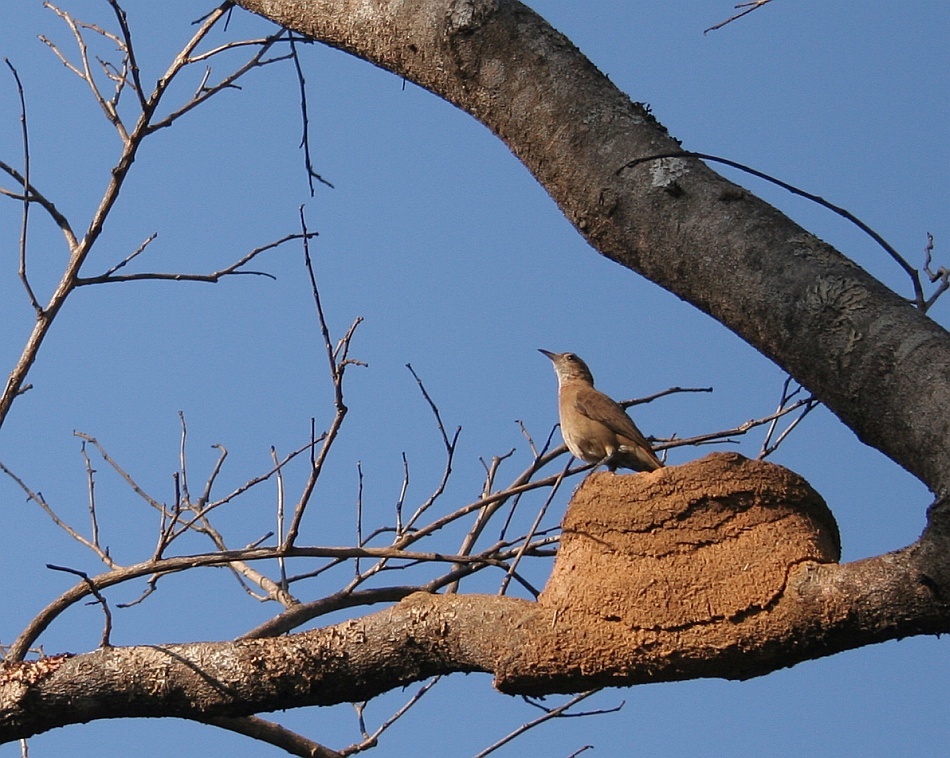 The horneros are members of the genus "Furnarius" in the family Furnariidae, native to .

Horneros are brown birds with rather short tails and fairly long bills. They are known for building mud nests that resemble old s (the Spanish word "hornero" comes from "horno", meaning "oven"). While many have different nests, the hornero nest is the reason for the applied to the entire family; "Ovenbirds" (though unrelated to the , which is a parulid warbler). The size and exact shape of the hornero nest varies depending on the species. They generally lay 2&ndash;4 eggs, although the breeding behavior of the Bay Hornero is virtually unknown.

Adult horneros can frequently be seen sitting on top of their nest. Disregarding the uncommon and relatively shy Bay Hornero, horneros are typically fairly common and highly conspicuous birds. They are generally noisy. All horneros are partially terrestrial, and commonly seen walking on the ground with a relatively up-right posture.

The Rufous Hornero is a of , one of the several countries it inhabits.