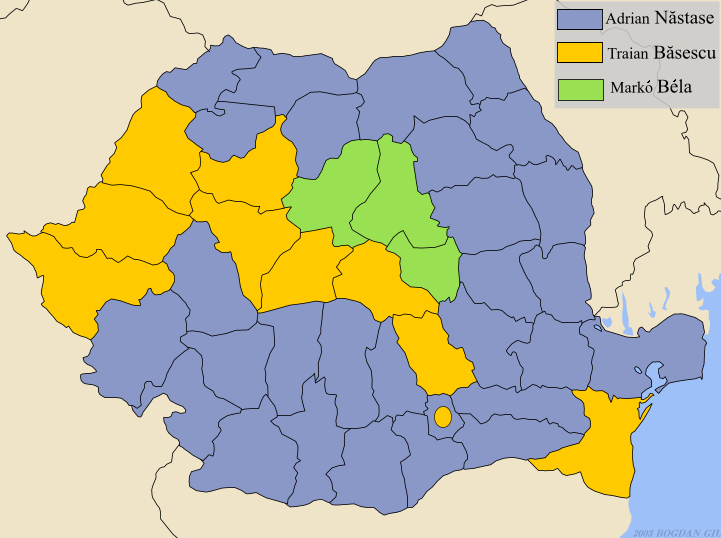 A presidential election was held in on , . 12 candidates competed for the office. As no candidate won more than 50% of the votes, a run-off was held on , , between the two leading candidates: prime minister of the ruling (PSD) and of the opposition alliance. In the second-round vote, Băsescu was elected by a narrow majority of about 51% to 49% for his opponent.