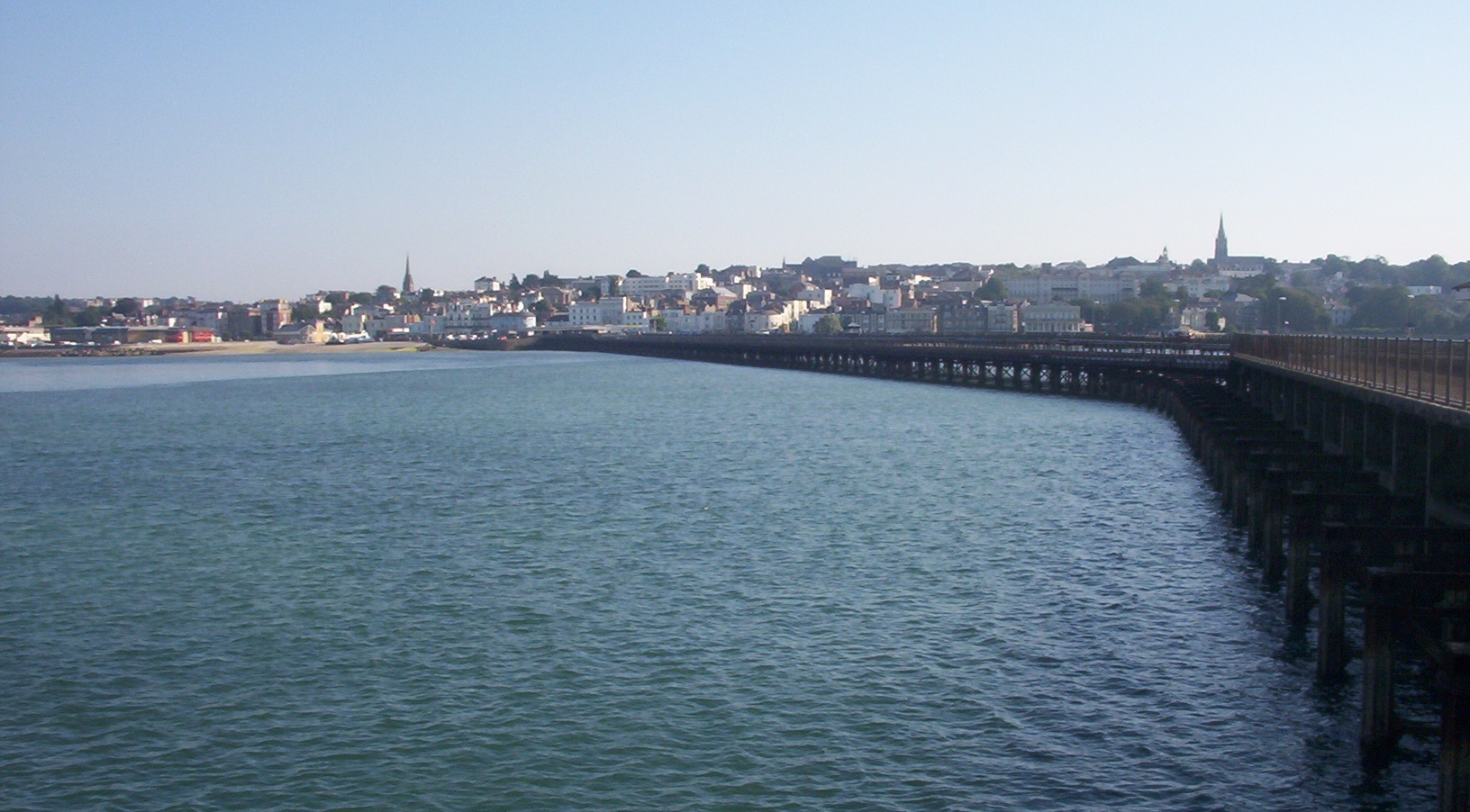 Ryde Pier is an early 19th century serving the town of , on the , off the south coast of .

Before the pier was built, passengers to had the uncomfortable experience of coming ashore on the back of a porter and then, depending on the state of the tide, having to walk as far as half a mile across wet sand before reaching the town. The need for a pier was obvious, especially if the town was to attract the wealthy and fashionable visitors who were beginning to patronise other s across .

Designed by John Kent of , the foundation stone of Ryde Pier was laid on 29th June 1813. The completed pier opened on 26th July 1814, and was, as it still is, a timber-planked promenade. The structure was originally wholly timber, and measured 527m. By 1833, extensions took the overall length to 681m. A second 'tramway' pier was built next to the first pier, opening on 29th August 1864. Horse-drawn s took passengers from the pier head to the . Later, the trams were powered by electric winches.

On 12th July 1880 a third pier was opened, alongside the first two, providing a direct steam railway link to the pier-head. In 1895 a concert pavilion was constructed at the pier-head and over the next sixteen years the original wooden piles were replaced in cast iron. It was at Ryde Pier that the landed from 's yacht "The Gazelle" after her flight from in 1870.

The pier head was remodeled in the 1930s using concrete, and during the the pier was used for military purposes, with various modifications made to accommodate this.

The tramway pier closed in 1969 and was partially dismantled. This left a gap which still exists between the railway and promenade piers, in which the rotting iron piles of the tramway pier are very plainly visible. The pier was made a Grade II in 1976. In the early 1980s a modern waiting area, including some of the original buildings, replaced the original Victorian waiting rooms at the pier-head.

Today the pier is still a major gateway for passenger traffic to and from the , with the Island Line train running from Ryde Pier Head station (at the pier head), via Ryde Esplanade down to the eastern side of the island. The runs regularly between and . Unusually, it is possible to drive down the pier, and there is car parking on the large pier head.