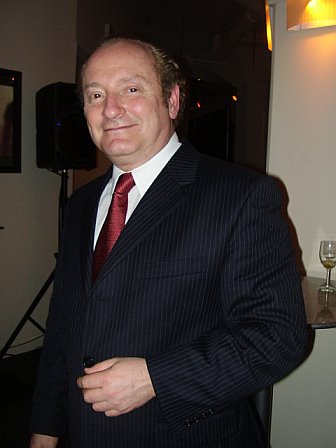 
Robert Cox Merton (born ) is an American economist and in economics.

Merton was born in to . He earned a Bachelor of Science in Engineering Mathematics from the School of Engineering and Applied Science of , a Masters of Science from the , and his doctorate in economics from the . He then joined the faculty of the . [cite web | author=Faculty research Department | title=Biography - Robert C. Merton | url=http://dor.hbs.edu/fi_redirect.jhtml?facInfo=bio&facEmId=rmerton&loc=extn | publisher=Harvard Business School | date=2008 | accessdate=2008-08-30] He is currently a professor at the .

In 1969, Merton published "", which proposed a formula to enable people to decide how much of their income they can consume at present and how much of the remainder should be allocated toward investments. In 1970, he introduced the "", which treated equity as an option on a firm's assets, and introduced the use of continuous-time default probabilities to model options on the common stock of a company. This was extended by Stuart Turnbull and Merton's student and is known as the . In 1973, Merton introduced the Intertemporal Capital Asset Pricing Model, which incorporates explicit hedges that investors make to protect themselves from savings shortfalls.

In 1997, Merton was awarded the with for their work on stock options.

Together with , Merton was among the of (LTCM), a that failed spectacularly in 1998 after losing $4.6 billion in less than four months. [cite book
title=The Age of Turbulence: Adventures in a New World
last=Greenspan
first=Alan
year=2007
page=193-195
id=ISBN 978-1-59420-131-8
publisher=The Penguin Press] .The was so concerned about the potential impact of LTCM's failure on the financial system that it arranged for a group of 19 banks and other firms to provide sufficient liquidity for the banking system to survive.

In 1999, Merton was awarded a lifetime achievement award in mathematical finance. [http://www.bu.edu/mfd/mfdmerton.pdf]

In 2002 Merton entered the debate over how corporations ought to account for the stock options they award as part of a compensation package. Merton was among those advocating expensing stock options. Shortly afterwards, the changed their rules and began to require expensing options.

In 2005 the Baker Library at Harvard University opened The Merton Exhibit in his honor. [ [http://www.library.hbs.edu/hc/exhibits/merton/about.htm Baker Library: About the Merton Exhibit ] ] In 2006, Merton developed SmartNest, a pension management solution that addresses deficiencies associated with traditional defined-benefit and defined-contribution plans. [ [http://www.secventures.com/cs_client_case_studies.html SmartNest Case Study] ]

In 2007, Merton was hired as Chief Science Officer of Trinsum Group, a financial advisory firm.