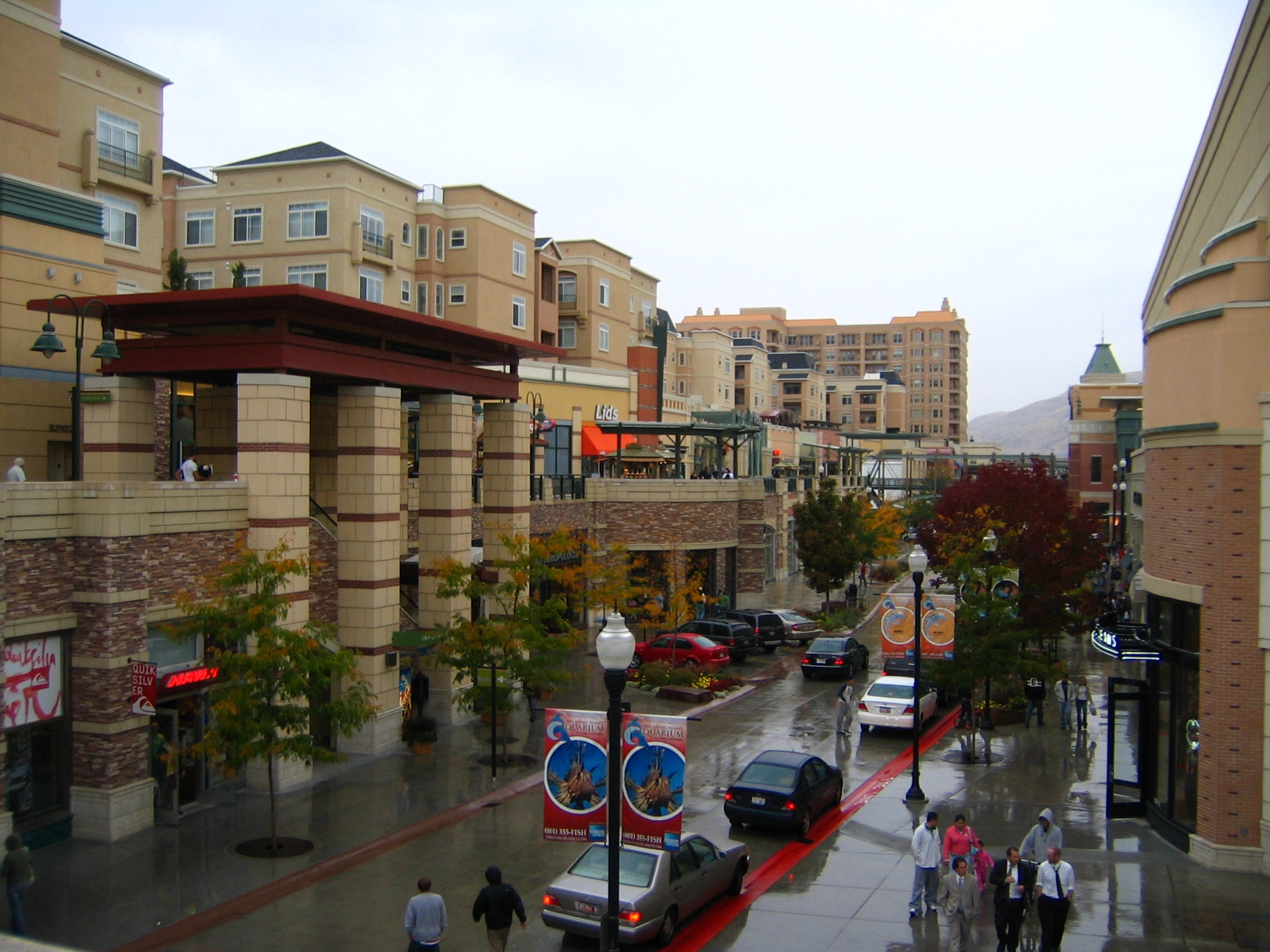 The Gateway began as part of Salt Lake City's urban redevelopment project, and the first phase was completed prior to the that were held in Utah. The first phase included 2.1 million sq. ft. (195,096 m²) of mixed-use development including the Gateway Mall, office complexes, the Northgate Apartments and the renovated depot. Other highlights include the , the , the children's museum, and the "" newspaper. The is located nearby.

The Gateway District is currently undergoing a significant expansion. In the northeast corner, an eight-story 230,000 sq. ft. office tower is currently being constructed for the sole occupancy of . More than 1,200 employees are expected to work there when it is completed in 2007. There is also major construction underway in the northwest corner where additional retail shops are expected to reside. recently opened a store in one of these newly constructed units.