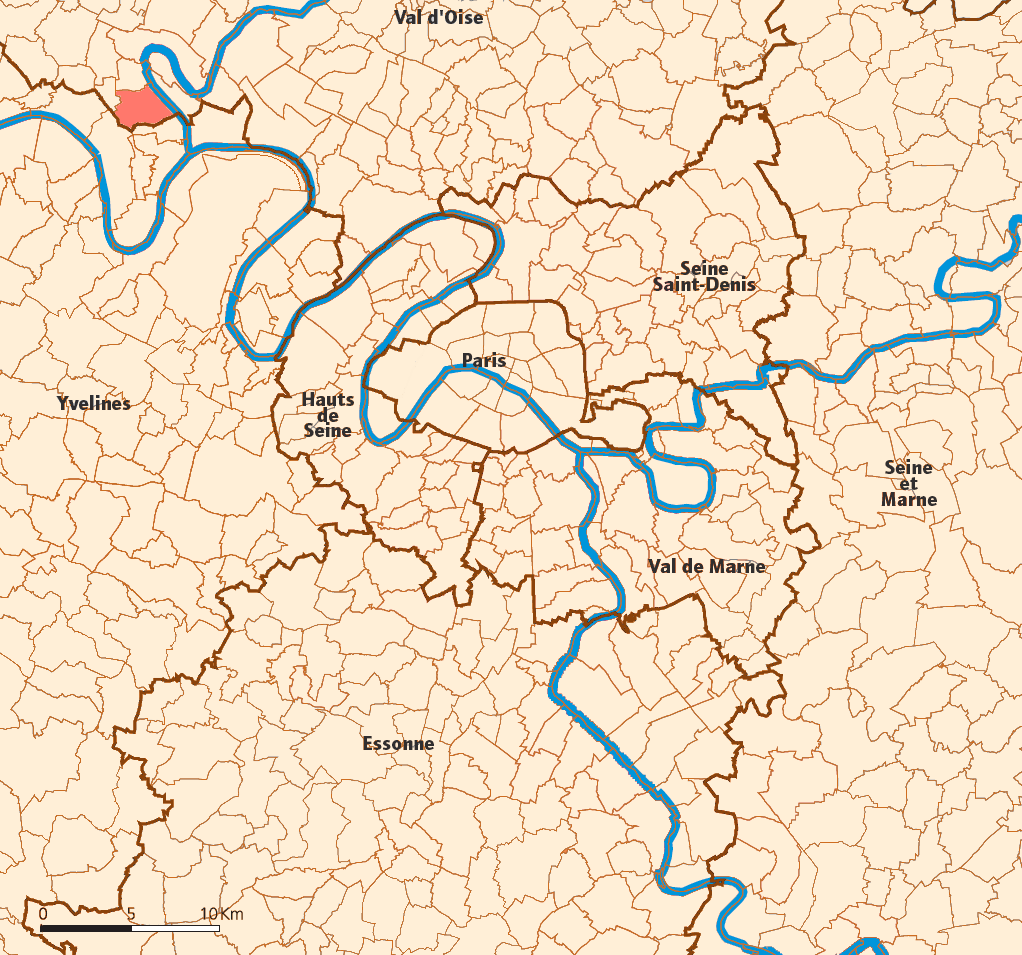 In 1250 the parish of was created from part of the parish of Jouy. Once again it was the chapter of Notre Dame de Paris who chose the first vicar of Jouy.Two letters dated of the from , bishop of Paris, authorised the parish of Jouy-le-Moutier to build a baptismal church.

The monks of Saint Martin-des-Champs owned in Jouy land and a hostel. The of ("near L'Isle-Adam") were also owners of land as early as the 13th century.The rich of the abbey of Saint Martin-des-Champs built in the 12th near the Fontaine à Jouy a building called "La Maison des Moines" which was used as a cellar. Wine growers paid their taxes in wine.The main agriculture of Jouy was wine as well as fruit growing.

At the beginning of the RomanCentury|20 century the village saw the arrival of the railway. A viaduct crossing the "Rue de la Vallée" was built in 1912 carrying the CGB line from to following the River Oise valley.

In 1978 the village saw the construction of a thousand new dwellings on the in relaton to the creation of the of . The population grew from 1,200 to 10,000 in less than 5 years. Today most administrative duties are still performed in the village's town hall.

Built in the 12th and 16th centuries and is regarded a chef d'œeuvre of architecture. In the 1930s both of the tower's clocks were replaced by a metallic clock placed on the western corner of the tower.

The Théâtre Saint-Vincent was built in 1811 and restaured by les Beaux Arts de Paris in 1992 and has 120 seats. This superb Italian "baroque" has its walls covered in paintings highly colourful, an old balcony and oak flooring. The theatre was partially destroyed by a fire in 1866. It is used for many occasions including café-théatre and musical nights, balls and weddings.

In the early 20th century was built a suspension bridge between Neuville and Jouy. This bridge replaced the service between the communes. At the dawn of the war a new bridge was built to replace the dilapidated suspension bridge, it was dynamited a few months after its inauguration when the war broke off.A new bridge identical to the previous one was built in 1974.