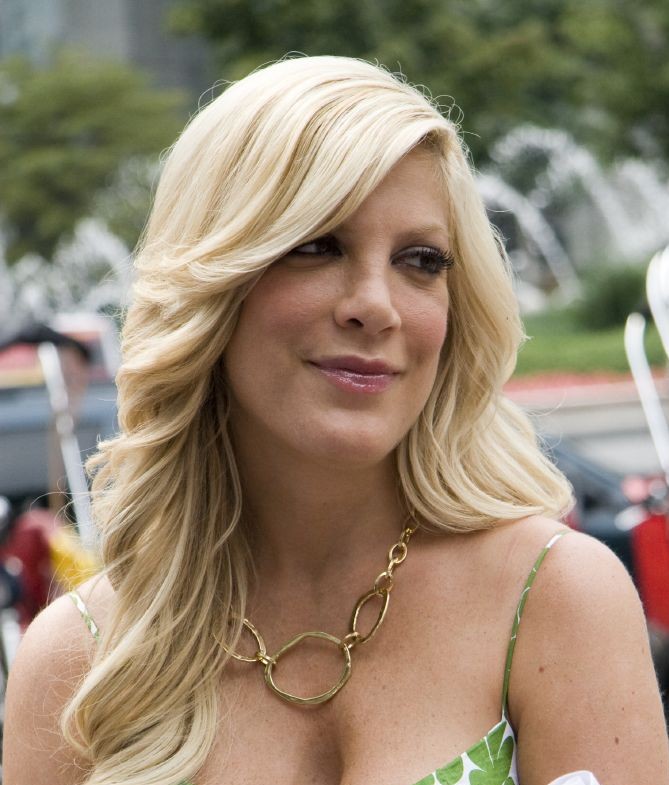 Spelling was born in , the daughter of (née Marer) and famed TV producer . [ [http://www.genealogymagazine.com/torispelling.html A Look at Tori Spelling's Family Tree ] ] Both of Spelling's parents were ish, [ [http://www.jewishjournal.com/home/preview.php?id=8179 JewishJournal.com ] ] though her family celebrated both and while she was growing up.

Since "90210" went off the air, Spelling has worked primarily on s including "Trick" and "". She also has appeared in small roles in big budget films, including "" and "", and in TV shows, including "Smallville".

More recently, Spelling has been the star of two reality-based shows. In 2006, she starred in the "", which parodied her public image. In January 2007, she and her second husband, the actor , leased a in (a rural community about convert|100|mi|km from , just south of wine country). This became the basis of a new reality show, "", which premiered on the Oxygen network on , . [ [http://www.sfgate.com/cgi-bin/blogs/sfgate/detail?blogid=7&entry_id=14147 SFGate: Daily Dish : Spelling and Husband Open New Inn ] ]

It was announced in May 2008 that Spelling would reprise her role as Donna Martin on the new CW show "90210". It was later announced, however, that Spelling had dropped out due to issues with her salary. [cite web|url=http://community.tvguide.com/blog-entry/TVGuide-News-Blog/Todays-News/Tori-Spelling-Longer/800044911|title=Tori Spelling Says "9021"-N"0"|work=|accessdate=2008-08-11]

Aside from her acting career, Spelling designs and markets her own line of fashion jewelry on . She is currently writing a book on motherhood.

On , , Spelling married Charlie Shanian. They separated in December 2005 after Spelling fell in love with , and were legally divorced on . Spelling married McDermott less than a month later, on , in a private, barefoot ceremony in Wakaya, . The two met when they co-starred in the TV movie "Mind Over Murder". McDermott was married at the time to , whom he divorced to marry Spelling. Eustace has since written about the experience as part of the anthology "The Other Woman" [ [http://www.amazon.com/Other-Woman-Twenty-one-Deception-Betrayal/dp/0446580228 Amazon.com: The Other Woman: Twenty-one Wives, Lovers, and Others Talk Openly About Sex, Deception, Love, and Betrayal: Victoria Zackheim: Books ] ] McDermott and Eustace have one child together : Jack Montgomery (b. .) Due to Dean's infidelity he removed himself from finalizing an adoption for a baby girl that would have been his and Eustace's second child.

During an appearance at the 2006 in on June 18th, Spelling was asked if she found it better dating a . Spelling replied "...they are much nicer, and don't have nasty ex-wives who write tell-all books".

After her father's death on , Spelling was anticipated to inherit a sizable portion of her father's $500 million estate. The estate was to be divided primarily between Spelling, her brother Randy and her mother Candy. Spelling's mother was the estate . At the time, Spelling and her mother were estranged and it was reported that Spelling inherited just $800,000.

In July 2007 Spelling became an internet minister to marry a gay couple at Chateau La Rue. A tape of the ceremony was shown on . [cite web|url=http://www.people.com/people/article/0,,20045242,00.html|title=Meet Reverend Tori Spelling|last=Fromm|first=Emily|work=People.com|date=2007-07-10|accessdate=2008-08-30] It has been reported that Candy Spelling has established a $10 million trust fund for her first grandchild.