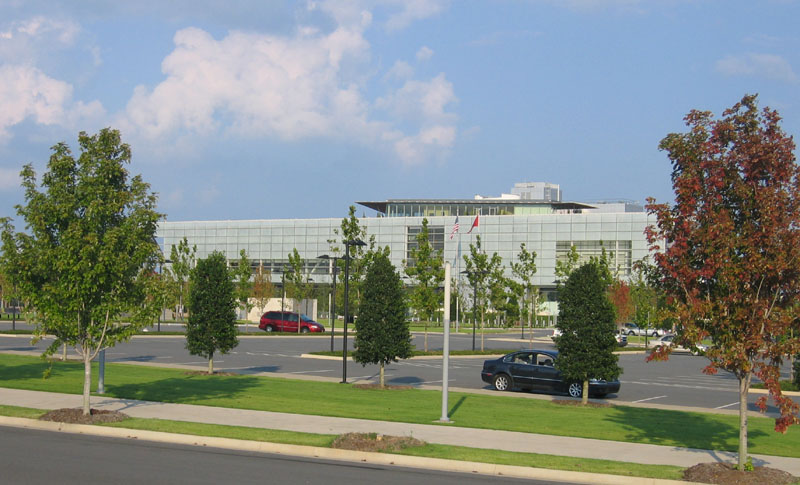 Located within a newly built city park, the facility, designed by architect and museum design firm Ralph Appelbaum Associates, cantilevers over the , echoing Clinton's campaign promise of "building a bridge to the 21st century."While the physical building is the second-largest presidential library after the Ronald Reagan Library, the archives of the Clinton Library are the largest, containing two million photographs, 80 million pages of documents, 21 million e-mail messages, and nearly 80,000 artifacts from the Clinton presidency. The museum showcases artifacts from Clinton's term and includes full-scale replicas of the Clinton-era and Cabinet Room. The is also located on the site.

The park is a leading example of . It was built on the site of abandoned railroad tracks of the defunct . The public service school is housed in a former passenger train terminal. A railroad bridge across the Arkansas River, leading to , is in the process of being converted into a pedestrian bridge, although the project has been delayed several times. [ [http://www.fox16.com/news/state/story.aspx?content_id=a3921c25-b6d2-47fe-9e5b-30c9f4ca1665 Work begins on second pedestrian bridge at LR, in River Market - FOX16.com ] ] The library also incorporates aspects of environmentally-sensitive design, earning it a LEED Platinum rating by the US Green Building Council. [http://www.enn.com/top_stories/article/25398]