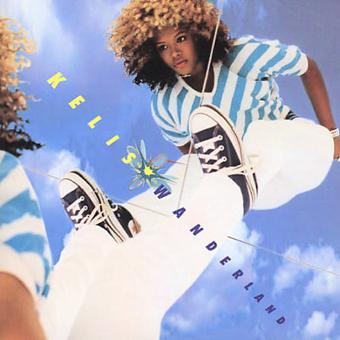 Kelis was living in at the time of the album's release. "Wanderland" was more experimental than her previous album, "Kaleidoscope", and was a modest success chartwise. According to Kelis, Virgin Records, her U.S. record company at the time, did not like the "Wanderland" album. The record executives from Virgin felt the album's material did not have strong enough singles and therefore did not release in the United States, [ [http://www.eye.net/eye/issue/issue_02.19.04/beat/kelis.html] ] being limited to Europe, , and only.

The album spawned only one single, "", which became Kelis' third solo top forty hit in the . However, the single was not a particularly big hit elsewhere.

Despite the album only being a moderate success, two tracks from "Wanderland" went on to be used elsewhere. "Flash Back" (retitled "Flashback") made her third album "Tasty" and a new version of "Popular Thug", which replaced Pusha T of with , was featured on ' 2003 album "".

The "" () can be found on some editions at the end of "Little Suzie". Other editions have an extended mix of "Intro" which is called "Star Wars".