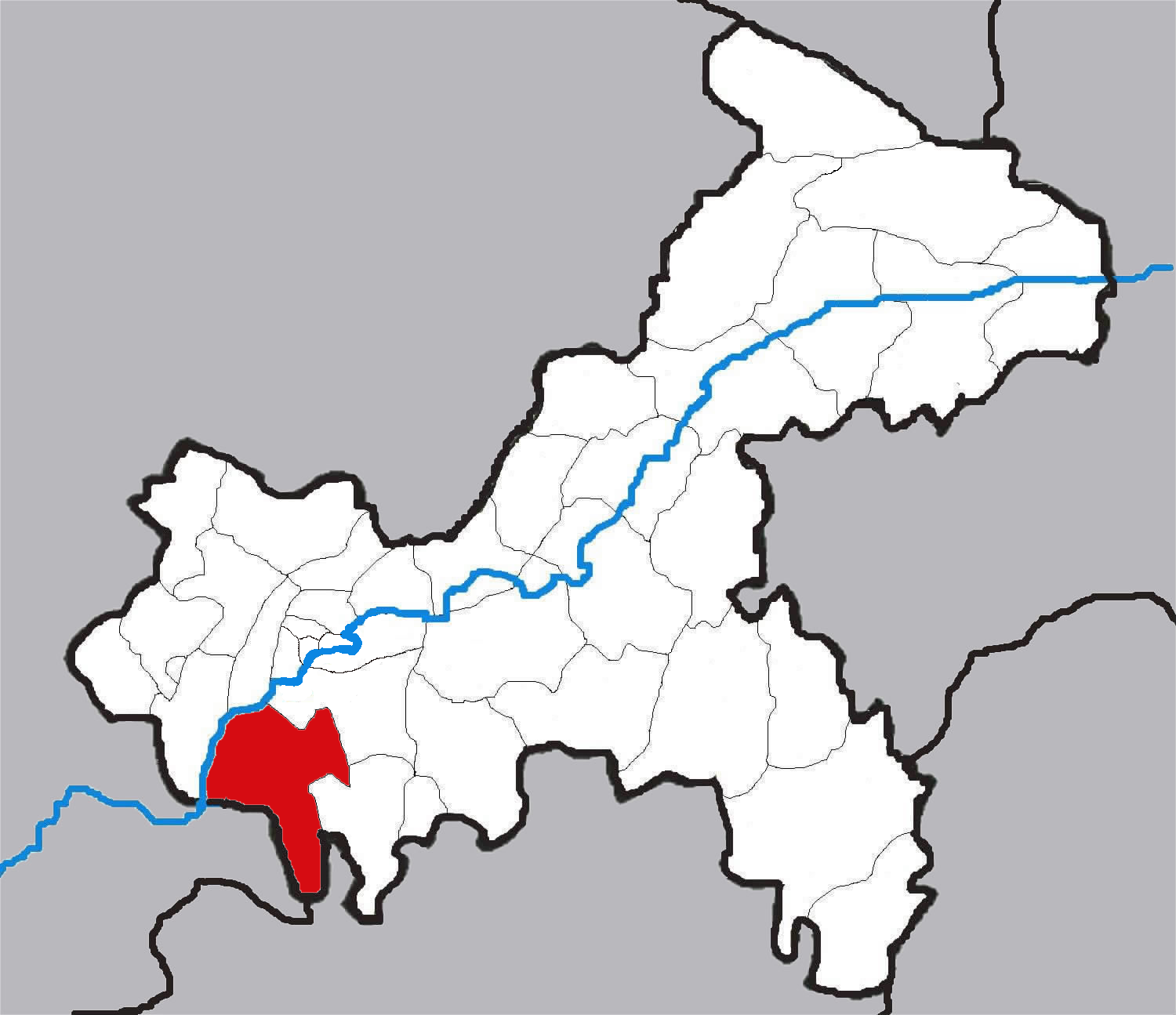 Jiangjin (zh-stp|s=江津|t=江津|p=Jiāngjīn Qū) is one of districts of Southwest ,, located by the upper reaches of , with a history of 1500 years. Jiangjin is 50 km away by highway, 65 km away by railway and 72 km away by waterway from Yuzhong of Chongqing city.

At present, there are 6 national-level highways connected to jiangjin.Yangtze river pass through Jiangjin,making up a 305KM long waterway including tributary waterways, and Jiangjin has 5 national deep-watered ports along the rivers. Both the Chengdu-Chongqinq freeway and Yuqin freeway have their exits to Jiangjin. Luohuang Yangtse River Railway Bridge and Jiangjin Yangtze River Bridge make the traffic condition more convenient for Jiangjin.

*Jiangjin is one of important citrus producing areas in China, with a long history of citrus cultivation, the famous 'Jincheng' orange has its origin there. Its major agricultural products include rice,wheat,soybean,sweet potato, pepper corn,vegetables and fruits. Its animal husbandry include pig raising and fishery.
*In ，the total annual was 14.894 billion and the annual average income per copita is 10,458 in Jangjin.

Laobaiguan, strong limpid liquor usually with an alcohol level of near or above 60 degrees.Mihuatang, sweat and crisp dessert made mainly of puffed rice and sesame.