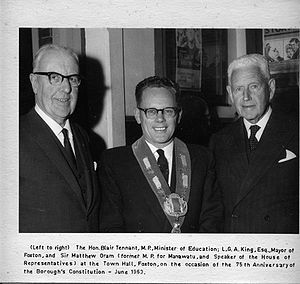 In 1935, Oram was a candidate of the anti-Labour New Zealand Democrat Party.

He was the Member of Parliament for Manawatu from 1943 to 1957, when he retired.

He was born in Christchurch in 1885, and was educated at Wellington College and Victoria University of Wellington.

He was a barrister and solicitor. In World War I he was a Captain in (Army) Base Records, Wellington.

He married Margarette Johnson in 1913.