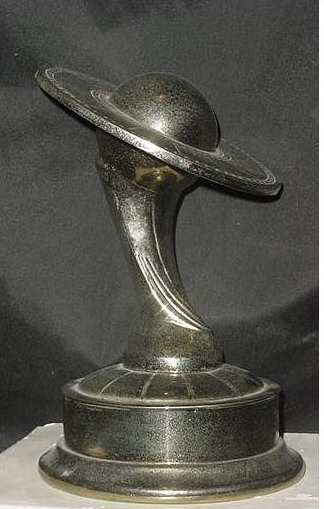 imagesize = 150px
caption = The Saturn Award
description = Best in science fiction, fantasy and horror film and television
presenter = Academy of Science Fiction, Fantasy & Horror Films
country = USA
year = 1972
website = http://www.saturnawards.org/The Saturn Award is an award presented annually by the Academy of Science Fiction, Fantasy & Horror Films to honor the top works in , , and horror in , , and . The prestigious Saturn Awards were devised by Dr. Donald A. Reed, who felt that films within those genres were never given the appreciation they deserved. [ [http://www.imdb.com/Sections/Awards/Academy_of_Science_Fiction_Fantasy_And_Horror_Films_USA/ IMDB article] ] The physical award is a representation of the planet Saturn, surrounded with a ring of film. The award was initially, and is still sometimes loosely referred to as a Golden Scroll.

Similar to other awards, like the Oscars, the Emmys and the Grammys, the Saturn Awards are voted on by members of the presenting Academy. There are also special awards for lifetime achievement in the field.

The awards were first presented in .

In addition there was an Award for Best Foreign Film in 1980. The only winner in that category was (1977).