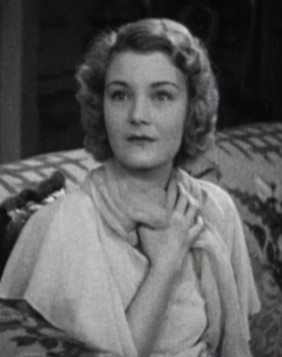 Born in , Chandler began her acting career on Broadway in 1917. Highlighs were Aurthur Hopkins' 1920 production of Richard III, which starred ; Macbeth in 1921 with ; Hedvig in 's The Wild Duck in 1925; Ophelia in the 1925 modern dress version of . By the time of her first film she had been in over twenty Broadway productions.

She made her film debut in 1927 in the silent film "The Music Master" and in 1930 joined Leslie Howard, , and for the film version of the stage success "Outward Bound". The unusual story told of a group of passengers on an ocean liner who gradually realise that they are all dead and will soon face the Last Judgment. Chandler, with her blonde hair and ethereal quality was considered to be perfectly cast, and she received critical praise for her performance.

Chandler did not want to play the role for which she is probably best remembered, as Mina Harker in "Dracula" (1931) as she wanted to play Alice in "Alice in Wonderland", but this part was given to Charlotte Henry. Chandler, disappointed, joined and in what became one of the most successful movies made until that time. Once again, Chandler received plaudits for her performance. Chandler appeared with Manners that same year in the legendary celebration of alcohol in Paris, "The Last Flight", also starring and . She achieved more successes in "A House Divided" (1931) and "" (1932), all the while dividing her time between films, radio work, and theatres in Los Angeles, New York and London.

By this time she was battling and her acting career declined. She was hospitalised several times but was unable to gain control over her life. In 1950, Chandler was severely burned in an apartment fire, caused by her falling asleep while smoking. She survived but her body was badly disfigured. Her alcoholism continued unabated. She died April 30, 1965 from during surgery for a in . Her remains were cremated in accordance with her wishes, and are interred at in Los Angeles.