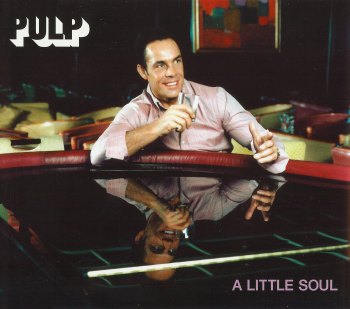 "A Little Soul" is a song by British band Pulp, from their 1998 album "". It was released on , as the third single from the album, charting at number twenty-two in the (see ).

B-side "Like a Friend" was featured in the 1998 film "Great Expectations", and a music video for the song was produced for US music television networks featuring footage from the film. Two versions of the song exist: the "film version" (as featured on the CD1 single at 4:33 in length) and an edited version (at 3:58 in length).

B-side "Cocaine Socialism" surfaced as a "proper recorded version" on the 2006 deluxe edition reissue of the "" album.