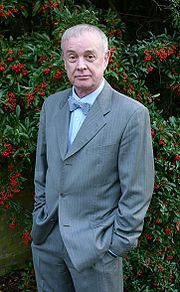 Dr Duncan Madsen Pirie, PhD (born 24 August 1940) is a British researcher, author, and educator. He is the founder and current President of the Adam Smith Institute, a UK think tank which has been in operation since 1978.

Born in Hull, Dr. Pirie is the son of Douglas Pirie and Eva Madsen. As a child he attended the Humberstone Foundation School (also known as Clee Grammar School for Boys; now the comprehensive Matthew Humberstone School) in Old Clee, Lincolnshire.

Prior to helping found the Adam Smith Institute, Pirie worked for the United States House of Representatives.[1] He has worked with educational institutions and was a Distinguished Visiting Professor of Logic and Philosophy at Hillsdale College, Hillsdale, Michigan, USA.[1] His work in helping to develop the Citizen's Charter led to his appointment to the British Prime Minister John Major's Advisory Panel from 1991 to 1995. He also suggested the short-lived Community Charge, a poll tax.

Dr. Pirie was one of three Scots living in the United States that helped to found the Adam Smith Institute. The Institute is a UK-based think tank that champions the ideas of free market policy. In January 2010 Foreign Policy and the University of Pennsylvania named the Adam Smith Institute among the top 10 think tanks in the world outside of the US. [2] The Institute is highly influential in UK public policy, and was "a pioneer of privatisation"[3] in the UK and elsewhere.

Apart from his work within the Adam Smith Institute, Pirie is the author of several books, including the best-selling How to Win Every Argument, Boost Your IQ, Freedom 101 and the Sherlock Holmes IQ Book. More recently he has authored the book 101 Great Philosophers. He also writes science fiction novels for young adults.

Dr. Pirie appears regularly as a commentator on CNN and BBC television, and he is a keen film buff along with regularly participating in rocket launches at Cambridge.

He is also on the Board of Advisers of the UK Liberty League, which describes itself as "a network for freedom-loving groups across the nation".