Claremont Graduate University
Not to be confused with Claremont Institute.

Claremont Graduate University (CGU) is a private, all-graduate research university located in Claremont, California, a city 35 miles (56 km) east of downtown Los Angeles. Founded in 1925, CGU is a member of the Claremont Colleges consortium which includes five undergraduate (Pomona College, Claremont McKenna College, Harvey Mudd College, Scripps College, Pitzer College) and two graduate (CGU and Keck Graduate Institute of Applied Life Sciences) institutions of higher education. Adjoining and within walking distance of one another (refer to the map), design was based on that of the University of Oxford.

CGU is the oldest all-graduate institution in the United States, with many notable alumni in different fields all over the world. The university is organized into nine separate schools; the School of Community & Global Health, formed in 2008, is the newest. Deborah Freund took office as University President in fall 2010.

The Claremont Colleges were designed to incorporate the Oxford Model of higher education. Instead of one large university composed of several separate schools, the Claremont Colleges are made up of different institutions designed around differing theories of pedagogy. CGU was founded upon the principle that graduate education is separate and distinct from undergraduate education. Students discover and cultivate their disciplines during undergraduate course work; at CGU students continue cultivation of their own disciplines, but are also expected to augment this with research that incorporates other disciplines as well. This is called "Transdisciplinarity", and is an essential component of Claremont Graduate University’s functioning theory of pedagogy.

The school is home to about 2,200 masters and PhD students, as well as approximately 200 full and part-time faculty members. The Carnegie Foundation for the Advancement of Teaching has classified Claremont Graduate University as a CompDoc/NMedVet: Comprehensive doctoral (no medical/veterinary) with high research activity.[2] Its nine academic schools and one independent department award master's or/and doctoral degrees in 31 disciplines. Enrollment is limited and classes are small.

Among the contiguous CGU, Keck Graduate Institute of Applied Life Sciences, and undergraduate colleges (Pomona, Claremont McKenna, Harvey Mudd, Scripps, and Pitzer), academic collaboration is highly valued. Cross-registration is free, and the members share libraries, health care, security, and other facilities. More than 2500 courses are available to students at Claremont.

The School of Arts and Humanities includes departments in the fields of art, music, English, cultural studies, archival studies, history, applied women's studies, and philosophy. These subjects have an interest in interdisciplinary studies that provide disciplinary depth as well as the cross-disciplinary flexibility.

Since the late 1960s, the School of Behavioral and Organizational Sciences has been a leader in providing graduate education in applied psychological science and evaluation. SBOS offers the first Ph.D. and M.A. concentrations in the Western United States focused on the Science of Positive Psychology.[1]

In 2008, CGU announced the formation of The School of Community & Global Health. As CGU's ninth school, the program focuses on preventable health-related issues that affect accelerated shifts in global populations. Through transdisciplinary collaboration in public health, sciences, government, business, civil society, and the community across CGU, SCGH is catalyzing a new vision of how we conceptualize and promote health that extends far beyond the scope of traditional programs and paradigms.[clarification needed]

The Teacher Education program initiated the internship model of teacher preparation in California in the 1960s, and this model has become widely regarded as the best way to prepare teachers. In the 1980s it became a leader in the preparation of minority group teachers. In addition, the School of Educational Studies offers the M.A. and Ph.D in Teaching, Learning and Culture, Education Policy, Evaluation and Reform, Higher Education/Student Affairs, Special Education and Urban Educational Leadership .

SISAT was founded in 1983 by Paul Gray as an independent entity. Unconstrained by a typical business school structure, students are allowed to focus specifically on those topics associated with IS&T. The school provides a solid technical grounding in IT systems, while at the same time, addressing the significant management challenges to designing, developing, implementing and assessing IT systems in applied business and governmental settings.

Encompassing both Department of Economics and Department of Politics and Policy, the School of Politics and Economics (SPE) aspires to transcend sharp division between politics and economics and to create a synergy between the two. The commitment is underscored in program-designing, teaching, and research with international recognition. SPE offers M.A. and and Ph.D programs in Political Science, American Politics & Political Philosophy, Public Policy & Evaluation, International Studies (Comparative and/or World Politics), International Political Economy, Economics, Global Commerce & Finance, and joint degrees with MBA. An innovative program also offers the first PhD degree in the leading-edge field of neuroeconomics which bridges economics, psychology, and public policy. 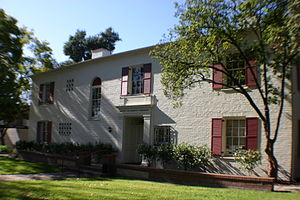 The School of Religion's Institute for Antiquity & Christianity

The CGU School of Religion has been touted in the media for its unique cross-faith design and transdisciplinary research. Students can earn a degree with a focus in Mormon Studies, Catholicism, Islamic Studies, History of Christianity, Hebrew Bible, Indic Studies, Coptic Studies, Zoroastrianism; additional programs include Women's Studies in Religion, Religion and American Politics, Ethics and Culture, and Philosophy of Religion and Theology. 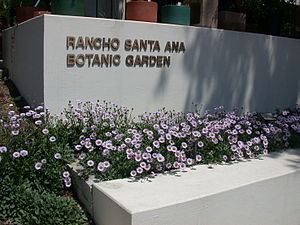 Peter Drucker Institute is a think tank and action tank based at Claremont Graduate University that was established to advance the ideas and ideals of Peter F. Drucker, the father of modern management.

The Getty Leadership Institute at Claremont Graduate University is a leading source of continuing professional development for current and future leaders of museums and other nonprofit institutions. New technologies, shifts in philanthropic patterns, and a vigorously competitive environment challenge institutional leaders to think strategically.

As part of the Claremont Colleges, CGU sits on 550 acres (220 ha) of land and includes over 175 buildings that is home to the Claremont University Consortium in Claremont, California.

In July 2007, CNN/Money magazine ranked Claremont as one of the top 5 places to live in the United States.[4]

The Academic computing building The ACB is a three-story, 27,000-square-foot (2,500 m2) facility completed in 1985, which was renovated in 2009 to include the third floor. It houses academic computing resources, the School of Behavioral and Organizational Sciences, the School of Information Systems and Technology, two computer labs, and the Kay E-Health Center. It is also home to the Paul Gray PC Museum.[5]

Ron W. Burkle Building The Ron W. Burkle building was completed in 1998. Named after CGU fellow Ronald Burkle, it is currently home to the Peter Drucker and Masatoshi Ito Graduate School of Management. It is a three story, 36,000-square-foot (3,300 m2) facility housing offices, classrooms and lecture halls, the Drucker Library and the Drucker Institute.[6]

George Stone Children's Library The George G. Stone Center for Children's Books is a library of the School of Educational Studies. Currently, it circulates more than 20,000 books for children and young adults. The Center also houses a non-circulating collection of historically significant children's literature and reference materials on children's books and their use in classrooms.

The CGU Art Building The CGU Art Building is home to two galleries, The East Gallery and the Peggy Phelps Gallery. During the semester the galleries feature work by current MFA students as well as special exhibits curated by professors, featuring the work of local artists. The art building has an independent studio space for each student measuring 22 by 12 feet. Once a year, the art building and all of the studios are opened to the public in an event called "Open Studios." This event is often attended by gallery owners and curators from all over Los Angeles. 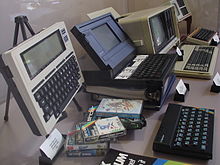 The Paul Gray PC Museum is a computer museum at Claremont Graduate University. It is named in honor of Paul Gray, a former professor at the university, and is located in the School of Information Systems and Technology. As of November 12, 2005 the museum is showing the "Best PCs Ever",[7] based on the article "The 25 Greatest PCs of All Time"[8] published by PC World.

Claremont Graduate University is home to the Kinglsey Tufts Poetry Award. The Award is presented annually for a work by an emerging poet. The award was established in 1992 by Kate Tufts to honor her late husband, poet and writer Kingsley Tufts. It is the largest monetary prize in the nation for a mid-career poet.[9]