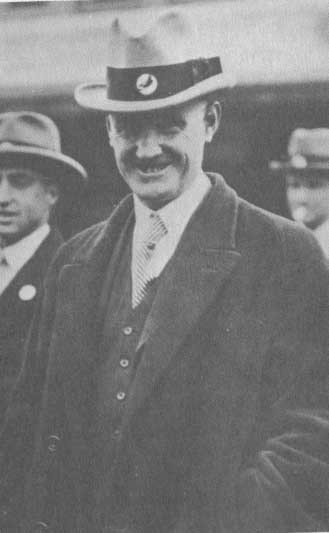 Results and statistics for the Victorian Football League season of 1930.

In 1930, the VFL competition consisted of twelve teams of 18 on-the-field players each, plus one substitute player, known as the 19th man. A player could be substituted for any reason, Once he had been substituted, a player could not return to the field of play under any circumstances.

Once the 18 round home-and-away season had finished, the 1930 VFL "Premiers" were determined by the specific format and conventions of the amended "Argus" system".

* Official opening of Harrison House at 31 Spring Street, Melbourne (at the corner of Spring Street and Flinders Lane).
* The VFL introduced a substitute player, known as the 19th man. This meant that teams now had 18 "run on" players, and one "reserve" player. A player could be substituted for any reason (not just if injured and unable to continue). Once he had been substituted, a player could not return to the field of play under any circumstances.
**The 19th man was only paid a match fee in the event that he took the field.
* When the VFL's Umpires Panel counted the votes that had been awarded during the 1930 season it found that three players had been considered best on the ground on four occasions (i.e., each had 4 votes): of Collingwood, of Footscray, and of Richmond. The Panel advised the VFL of the tied result and, because there was no provision for a tied result, the Panel recommended that no Brownlow Medal be awarded for 1930.
**As a consequence of its 1981 decision to change its rules relating to tied Brownlow Medal contests, the AFL awarded retrospective medals to and in 1989.
* The VFL immediately created a new rule for the award of the Brownlow Medal (which only operated in 1930) such that, by analogy with the end-of-season ladder's concept of a percentage, in the event of a tie, the player who had played the least number of home-and-away games would be considered the best player. Collier had played 18 games, Hopkins had played 15 games, and Judkins only 12 games; consequently the award went to Judkins.
**It is ironic that the 1930 winner of the Brownlow Medal only won the Medal for the "fairest and best" player in the VFL competition as a consequence of having such bad form that he had been dropped to the Richmond Seconds for the last five home-and-away matches of the season.
* Collingwood won its fourth consecutive premiership; in four seasons, 1927, 1918, 1929, and 1930 Collingwood had played 82 matches, for 70 wins, 1 draw, and 11 losses.
* In March, the VFL accepts the Player Payments Committee recommendation that, although they may well be paid less, no senior players can be paid more than ₤3 for each home-and-away match (players were also to be paid if they were injured), and no more than ₤12 for a finals match — approx. $AUS160.00 and $AUS640.00 respectively in 2008 buying power. The VFL also institutes a series of penalties for breaches of what rapidly became known as the "Coulter Law" (after George Coulter, the Player Payment Committee's chairman).
* In round 12, kicks a record 17 goals.