The Driving Standards Agency (DSA) is an executive agency of the UK Department for Transport (DfT).

DSA’s vision is 'Safe Driving for Life'. Its overall mission is to contribute to the public service agreement objective to achieve 40% reduction in riders and drivers killed or seriously injured in road accidents, in the age group up to 24 years, by 2010 compared with the average for 1994-98.

The responsibilities of DSA only cover Great Britain. In Northern Ireland the same role is carried out by the Driver & Vehicle Agency (DVA). 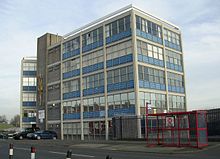 The Driving Standards Agency (DSA) is a national organisation with headquarters in Nottingham, training and learning materials centre at Cardington in Bedfordshire and administrative centres in Cardiff and Newcastle. It delivers tests from over 400 driving test centres and 140 theory test centres.

The DSA is one of the executive agencies that forms the Motoring and Freight Services (MFS) group, within the Department for Transport. The DSA is a Trading Fund with a turnover of over £184 million in 2009-10[1] mainly funded through fees and revenue from other road safety initiatives.

The DSA's mission and primary aim is to continually promote road safety by influencing driver and rider behaviour. It does this through:

The DSA employs 1,789 practical driving examiners, and 728 administrative staff and managers. By March 2011 it plans to employ a total of 2,769 staff, dependent on trading and the government freeze on recruitment.

The chief executive is accountable to the Secretary of State for ensuring that the DSA meets its obligations and delivers its targets and services. The chief executive has overall responsibility for the DSA's activities, ensuring it meets its financial obligations, and providing assurance of a sound system of internal control. The Director General of Motoring and Freight Services, Steve Gooding, is the additional accounting officer.

The change board, attended by the chief executive and appropriate directors, oversees the development and effective management of the DSA’s investment plan of change projects and programmes. The change board meets monthly.

The operational performance group, which also meets monthly is chaired by the operations director and attended by senior managers, monitors performance against targets and business plan objectives.

The hazard perception test is the second part of the driving theory test. Both parts must be passed in order to pass the theory test. If successful, one can then apply to take the practical driving test.

The practical test starts with an eyesight check and some vehicle safety questions. The driving part of the test lasts about 40 minutes, and involves performing some specific manoeuvres as well as demonstrating an overall safe standard of driving. A candidate may make up to 15 minor driving faults but still pass the test (16 or more results in failure). However, if one serious or dangerous fault is committed, then the test is failed. The current[when?] pass rate for car 'L' tests is 43%.

To help candidates fully prepare for their theory and practical driving and motorcycle tests, The Stationery Office (TSO), DSA’s official publishing partner, produces a range of best-selling official publications. These include The Official DSA Theory Test for Car Drivers (available as a book, CD-ROM or interactive download), The Official DSA Complete Theory Test Kit (CD-ROM and DVD pack) and The Official DSA Guide to Driving – the essential skills (available as a book or downloadable PDF). The full range of titles is available from The Stationery Office online bookshop.

The last increases prior to July 2005 were:

The DSA holds a register of Approved Driving Instructors (ADIs) in Great Britain. The ADI Registrar also issues trainee licences to give instruction. In order to qualify as an ADI, three tests must be passed:

All three parts of the examination must be passed in this order, and must be completed within two years of passing the theory test (part one).

After being entered on the ADI register, ADIs are free to give driving instruction for money or monies worth, either working for a driving school or being self-employed. It is a condition of remaining on the register that all ADIs undergo a periodic "test of continued ability of fitness to give instruction" also known as the 'check test'. The passage of the Road Safety Act 2006 empowered DSA to set the standards on all paid tuition, not just that of motor cars as was previously the case.

Some ADIs choose to take additional qualifications so that they can train drivers of large goods vehicles, or fleet drivers. The DSA also holds a voluntary register for fleet drivers, Compulsory Basic Trainers (for motorcycles), Large Goods Vehicle instructors and the Register of post-test motorcycle trainers. These registers provide quality standards for the relevant discipline, but are not necessary for paid tuition.

Following consultation, Ministers have decided to proceed with a programme of measures, based on education and incentivisation, which will strengthen the way that people learn to drive and are tested, and encourage a culture of lifelong learning.[3]

DSA plan a phased implementation programme, which supports progressive improvements whilst avoiding disruption to those currently learning to drive.

The DSA has moved its information about learning to drive and ride to Directgov and its information for businesses to Business Link. This is part of the of Transformational Government strategy. Its corporate information, which includes how the agency is run, consultations, and press releases, has moved to the Department for Transport website.

The DSA announced the launch of its own video sharing channel on YouTube on 22 September 2009.[4] The channel – youtube.com/dsagov – is being used to post road safety videos which offer advice to test candidates and other road users.