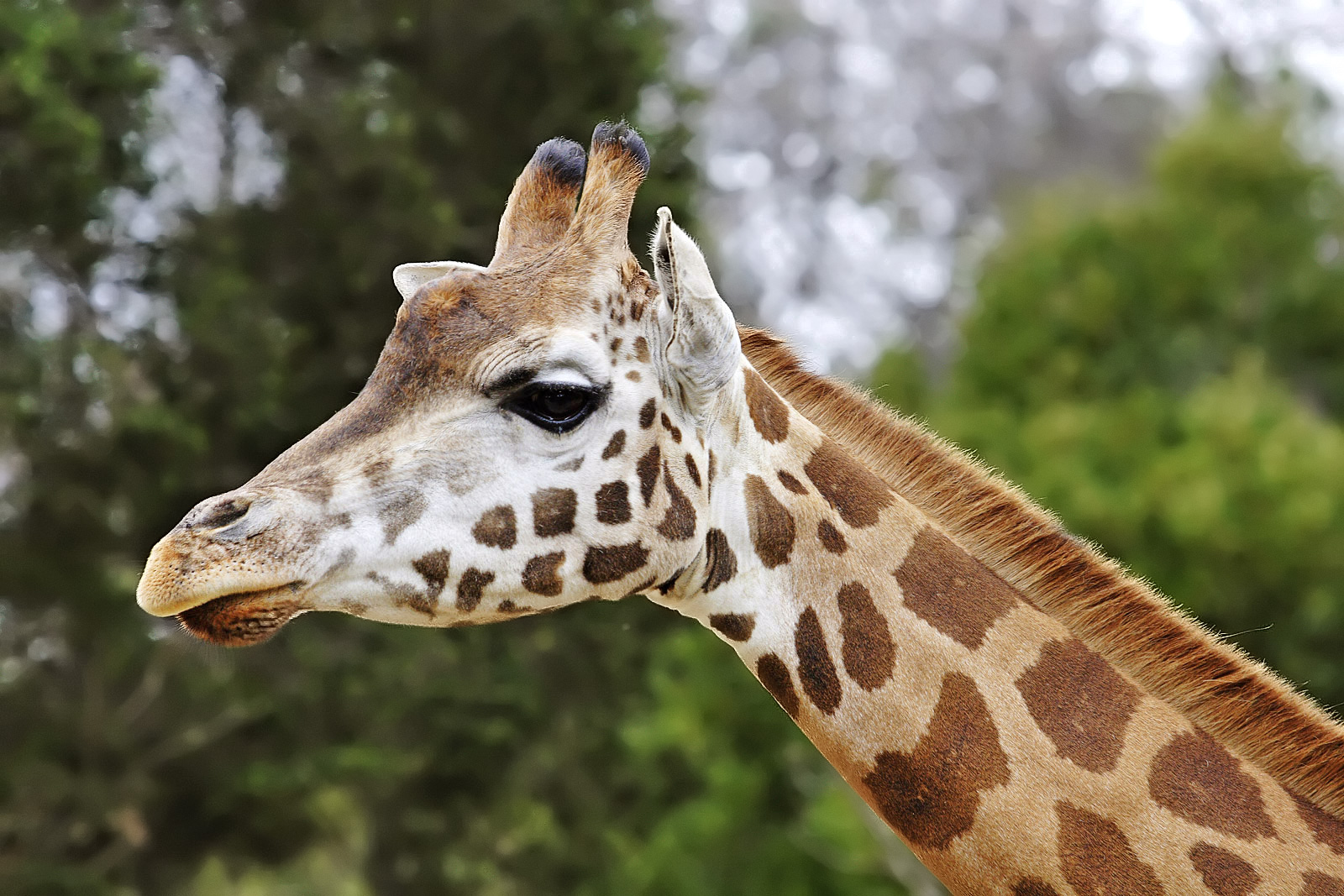 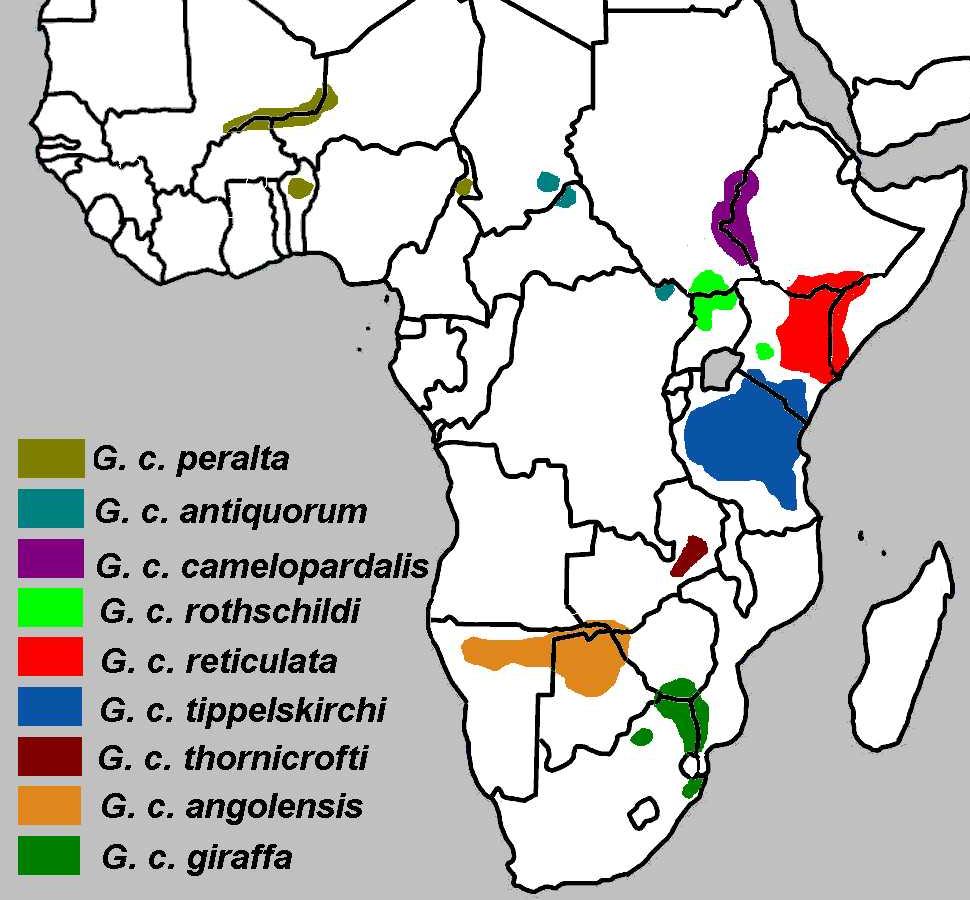 Another distinguishing feature of the Rothschild Giraffe, although harder to spot, is the number of horns on the head. This is the only subspecies to be born with five 'horns'. Two of these are 'true' horns at the top of the head, in common with all giraffes. The third 'horn' can often be seen in the centre of the giraffe's forehead and the other two behind each ear.

Rothschild Giraffes mate at any time of the year and have a gestation period of 14 to 16 months, with one calf generally being born. They live in small herds, with males and females (and their calves) living separately, only mixing for mating.

Males are larger than females and their two 'true' horns are usually bald from sparring. They also tend to be darker in colour than the females, although this is not a guaranteed sexing indicator.