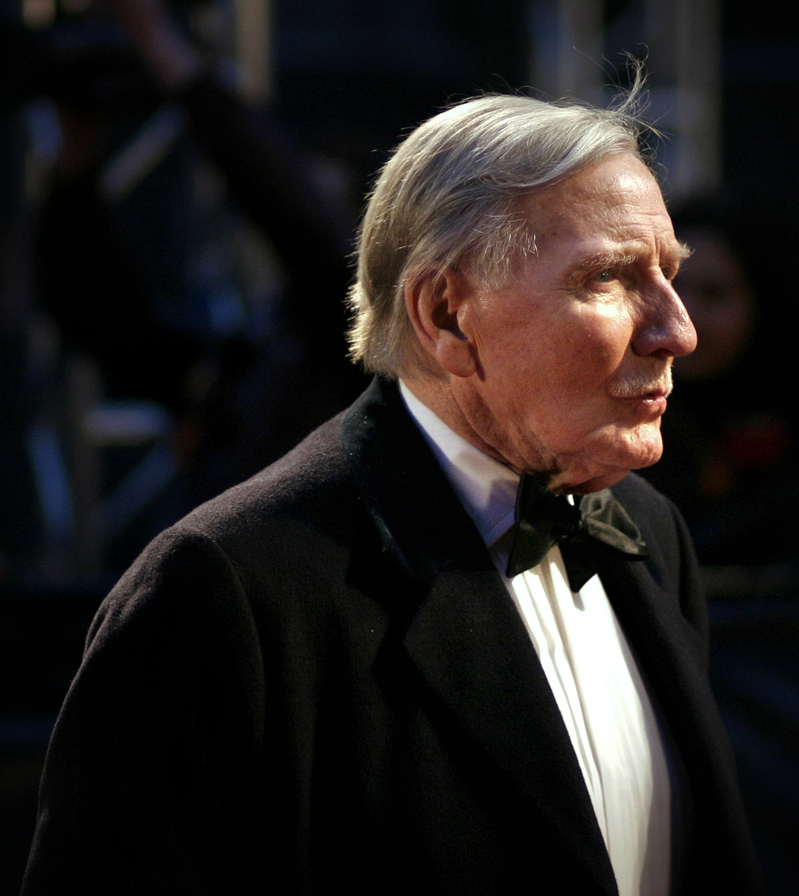 Contrary to his public persona, Phillips came from a background of poverty. He was born in , the son of Cecelia Margaret (née Newlove) and Frederick Samuel Phillips. [ [http://www.filmreference.com/film/18/Leslie-Phillips.html Leslie Phillips Biography (1924-) ] ] His father worked at Glover and Main, manufacturers of cookers in ; the 'filthy, sulphurous' air of the factory gave him a weak heart and , leading to his death at the age of 44. In 1931, the family moved to , where Phillips attended primary school. [cite web|title = Watham Forest Guardian article on Phillips at his old school|url = http://www.walthamforestguardian.co.uk/display.var.1502804.0.expupil_phillips_opens_old_school.php|accessdate = 2008-02-09]

It was his mother who decided that Phillips should be sent to the to receive elocution lessons in order to lose his natural accent as at that time a regional accent was a major impediment to an aspiring actor. It proved to be an astute move and by the age of 14 Phillips was the family's main breadwinner, saving his mother from squalor.

Phillips made his first film appearances as a child in the 1930s. He is the only actor still alive who performed at during the week it opened in 1936. He also understudied for and in the West End. In 1938, 14-year-old Leslie Phillips appeared with in the West End play, "Dear Octopus" where Muir was the juvenile lead. During the Second-World war shows were frequently interrupted by air-raid sirens, and Phillips recalls in his autobiography that 'audiences would evaporate and head for cellars or Underground stations'.

Due to his acquired upper-crust accent, Phillips was selected for officer training at and duly commissioned as a in the in 1943. He transferred to the in January 1944 but was later declared unfit for service after undergoing what appears to be have been a mental and emotional breakdown (he was treated at a psychiatric hospital).

Demobbed as a in December 1944, Phillips' acting career initially took in 'the murkiest rat-infested old playhouses and music halls in the North of England'. However after becoming familiar on radio with 250 episodes of , his career in film and television took off. It was during the 1950s that he became famous for playing amusing English stereotypes. His suave, seductive voice is his trademark as well as his catchphrases, "I say, Ding Dong" (originally the catchphrase of Phillips' character Jack Bell in "Carry On Nurse"), "Hello" and "Lumme!", which were partly, if not wholly, based on those of fellow cad actor . His greatest claim to fame is the "Doctor" series of movies, which he inherited from . He appeared in three of the early "" series ("Carry On Nurse", "Carry On Teacher" and "Carry On Constable") and the 1990s revival "Carry On Columbus", as well as several films in the 'Doctor' series. After his marriage to in 1982 Phillips decide to move away from the kind of lecherous twits with suave chat-up lines which had characterised much of his previous work.

Phillips has remained busy in both stage and television productions, along with character roles in films like "" (2001) and 's "Empire of the Sun". Phillips has also recently provided the voice for the Sorting Hat in the films. He has also appeared in s, including "" with . He has appeared in cameo roles in the police series .

In 2007 he appeared in 's film Venus alongside and was nominated for a for best supporting actor for his role as the veteran actor, Ian. [ [http://www.bafta.org/site/page287.html Awards - The BAFTA site ] ]

Phillips married his first wife actress Penelope Bartley on . [cite book|last = Phillips|first=Lesley|title = "Hello", The Autobiography"|publisher =Orion Books Ltd|date=2006|isbn=978-0-7528-8178-2] They had four children, Caroline, Claudia, Andrew and Roger, but by 1960 Phillips' work commitments began to take their toll on the marriage. As he put it in his autobigraphy: "Penny never objected to the money coming in, but she had begun to complain about my absences."

In 1962 Phillips starred in a play called "The Big Killing" and was immediately attracted to the understudy , daughter of writer and stepdaughter of Sir John Mortimer. (Before marrying John Mortimer, Penelope had had four daughters by three men). At 19, Caroline was 18 years younger than Phillips however the attraction was mutual. In his autobiography he writes of his dilemma: despite his public image he had been a loyal and faithful husband up to this point and battled with his conscience. Though his wife Penelope had distanced herself from his career and there was a growing distance between them, still he felt torn. However, as the play's run continued he got more deeply involved with Mortimer, eventually meeting her mother.

"I was certain at first that they didn't consider me very suitable ... Penelope Mortimer took a long-nosed view of the kind of light comedy in which I'd had so much success. Perhaps, like many people, she didn't appreciate that from a technical point of view it was often a great deal harder to bring off than straight drama."

Ultimately Phillips was forced out of the family home against his wishes when a friend of his wife conveyed the information of his affair and Bartley decided she wanted a divorce. Phillips was spending more time with Mortimer's family, taking a foreign cruise with them and being a regular guest at the dinner table. As the divorce dragged on, life became difficult for Phillips who was attempting to maintain contact with his children, providing for them and his by now antagonistic wife, and continuing his relationship with Caroline, in addition to dealing with the demands of his career. To compound the situation, the same friend who informed Bartley of his affair (and of whom Phillips has expressed his dislike) contrived to have his beloved dog Pippa put down. However, his contact with John Mortimer did at least result in him playing a judge in two of his television dramas. It was truly a turbulent time for the actor as he neared 40. There was respite in happiness at least, as he and Caroline found the then unspoiled island of and bought a farmhouse there which played host over the years to , , and amongst others. While there Mortimer embraced the hippy life and would drift around in kaftans, barefoot and bandana'd. Although Phillips writes that he was deeply in love with her, by her mid-twenties she was expressing a desire to get married and have children. He cites his reluctance to do either as the cause of the demise of the relationship.

En route to his next job in he was even more baleful when the inflight movie starred no other than Caroline Mortimer! However he soon embarked on a relationship with his co-star , attracted to her by her sexual energy, attractiveness and unpredictability. After she turned up unannounced on his doorstep in Ibiza, the two embarked on a relationship characterised by risk-taking mainly on her part and which, despite the danger, Phillips found himself drawn to. (There was one instance when, returning from , Luke revealed that she had smuggled drugs in Phillips' suitcase).

When he accepted a lead role in the play "Sextet" in . He was immediately drawn to his co-star (over whom he had casting approval) actress , a former Bond girl. Scoular and Phillips began living together at his house in . Around the same time Penelope Bartley had a stroke which left her seriously debilitated. Phillips and Scoular helped her over the years as she struggled with her condition. Phillips has admitted that due to the time they'd spent together he still felt partly married to Bartley. In 1981 he and Scoular left on a tour of a play in . While there, his daughter Caroline phoned to say that Bartley had died in a fire. Phillips decided to stay in the production as his departure would've meant its closure, so that he didn't return to Britain until 1982. Although the first thing he did was to visit his ex-wife's grave in , , he has acknowledged that his family has never forgiven him for not coming back to attend the funeral.

In 1982 Phillips and Scoular, 22 years his junior, were married, and are together to this day. He has admitted that he has never lost his appreciation for a well-made female figure, and was particularly happy to be asked to present an award at the in 2003 with glamour model Jordan.

Phillips provided his voice for the character of Gex in the UK and European release of "".